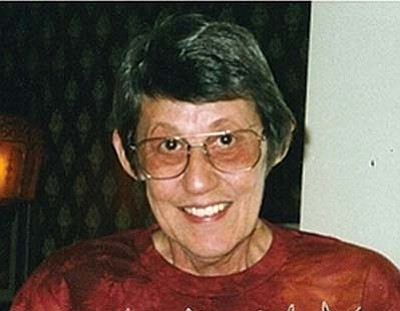 Rebecca Doris Klug of Cottonwood went home to the Lord Nov. 6 at the age of 73.

She was predeceased by her two brothers, Alvin and Paul.

Becky loved sports from an early age, playing softball, baseball and basketball in the schoolyard.

She became an excellent basketball player in high school and was a star on the team at Valparaiso University, from which she graduated in 1963.

She received her master's degree in physical education at the University of Arizona and taught there and in Douglas, Ariz., for several years.

Ironically, she was diagnosed with multiple sclerosis at the age of 26, which ended her sports activities and eventually her teaching career.

However, MS did not end her enjoyment of life or contributions to others. As health permitted, she volunteered her time and talents to various organizations in Tucson and, after moving to Alexandria, Va., began her new career as a volunteer newsletter editor at her church's preschool.

This was at the dawn of the computer age and, after convincing herself the PC would not explode, she soon became an expert.

After moving to the Village of Oak Creek and later Cottonwood, she continued her newsletter work at her church.

Becky lived with MS for 46 years and it was only in the last few years that her body began to fail.

She was a fine example of perseverance and Christian living, and will be greatly missed.

She is survived by several nieces and nephews, including namesake Rebecca Klug of Tucson, Parnell Klug of Vermont, and Jerusa Klug of Louisiana.

She leaves behind many longtime friends, including Diane Culbertson, who became her caregiver.

Also, holding fast to faith in the Lord and serving others as health and abilities permit would be a fine tribute to Becky's life.