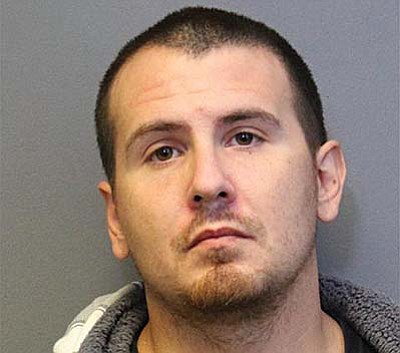 COTTONWOOD -- Police have arrested the man they believe held up the Garcia's Market in Bridgeport at knifepoint Nov. 17.

Based on leads developed over the last few days, detectives from the Criminal Investigations Bureau of the Yavapai Sheriff's Office were able to identify the robbery suspect as 29-year-old Jason Bunescu of Cottonwood.

Tuesday morning, detectives located Bunescu at Yavapai College in Clarkdale and arrested him without incident. Bunescu is already on active probation and, subsequent to his arrest, detectives completed a probation search of his home. During the search, detectives located a quantity of heroin and a large amount of stolen jewelry linked to an area burglary still under investigation.

The suspect vehicle, a dark green 1998 4-door Jeep with handicapped plates, was also found. A passenger in the vehicle on the day of the robbery was not involved.

Bunescu was booked on charges of robbery, theft, assault with a deadly weapon, possession of narcotics and burglary. Bond has been set at $50,000.

Bunescu is said to have entered Garcia's when there were no customers, held a knife to the clerk's waist and demanded money. The employee handed over cash in $20 denominations