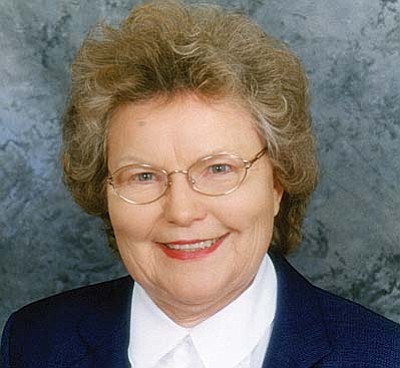 Joan was a self-employed accountant for several small businesses and had received her associate's degree from Yavapai College in 1999. She was a member of the LDS Church and pursued ancestry as a hobby.

Joan was preceded in death by her husband, John Boyd. She is survived by her daughter, Carrie (Robert) Campoy of Phoenix, AZ; her step-daughters, Loraina Anderson of Salt Lake City, UT, Janet Lopez of Las Vegas, NV and Pam Kostelny of Mesa, AZ; her step-sons David Boyd of Utah and Dan Boyd of Chandler, AZ; 18 grandchildren and 5 great-grandchildren.