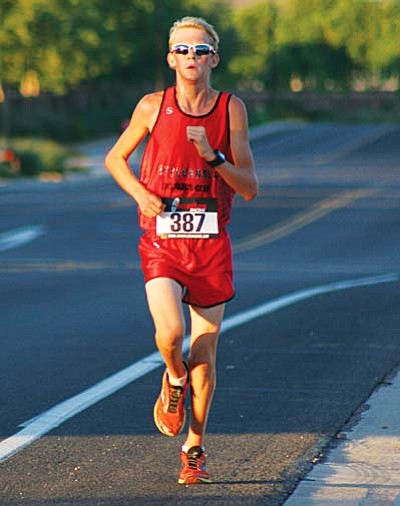 WADDELL -- Josh Reilly and Allyson Arellano turned in the top performances for the Aftershock Distance Running Club in the Labor Day 5K/10K.

In the mens' 5K, the 13-year-old Reilly was second overall in the race that attracted 82 runners. He finished with a time of 17:22.

The team's next race will be the Dave Murray Invite at the University of Arizona.

"The girls will get to see how they stack up with NCAA D1 runners from UofA, ASU, NAU, and GCU. There should be some other schools like the instate junior colleges. It's on a golf course with a really hilly section in the second mile," said Aftershock Coach Micah Swenson.

Monica Soliz, a 2014 Mingus grad now running for Benedictine University, was 15th in the same race in 17:49.

At Mingus, both runners were coached by veteran marauder distance coach Jim Bostwick.