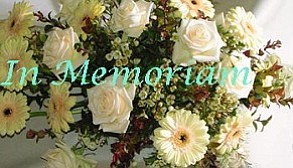 She was raised in Camp Verde where she attended all 12 years in the Camp Verde Schools. She later met the love of her life, Larry G. Langford. After they married they lived in Cottonwood for a few years and started a family, having four sons. They later moved to Phoenix and Judith obtained employment and retired with the State of Arizona.

Judith enjoyed her family and friends and a special love of ice cream and her pets. She was an active member in Church of Jesus Christ of Latter Day Saints. She enjoyed the outdoors and was always willing to lend a helping hand.

Judith is preceded in death by her husband Larry G. Langford and their son David Langford. Judith is survived by three remaining sons Daniel Langford (Pati), Darren Langford (Leighanne) and Donald Langford (Terrie). She has five grandchildren: Bobby, Kristen, Brandon, Ty and Kaela and seven great-grandchildren. Judith was loved by many and will be greatly missed.

A visitation will be held for Judith on Friday, October 3, 2014 at Westcott Funeral Home in Cottonwood from 4:00pm to 6:00pm. Services will be held Saturday, October 4, 2014 at 3:30pm at the Church of Jesus Christ of Latter Day Saints, 5th and Arnold Street in Camp Verde.