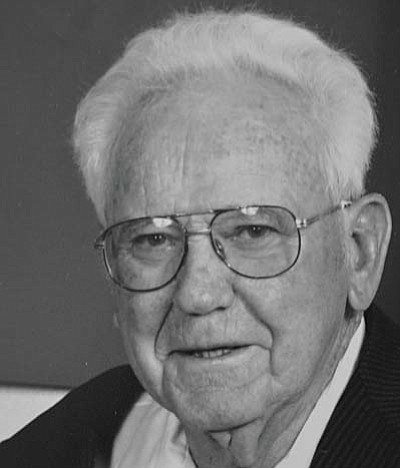 Leonard was born January 26,1925 in Laketown Township, Carver County, Minnesota, son to George and Ida (Strauss) Krautbauer. He was the third eldest of 10 siblings.

In November 1943, Leonard enlisted into the Marines Corp. He fought in the Battle of Peleliu in the Palau Islands during WWII.

In September 1944 Leonard was wounded in action causing an end to his military career in October 1945.

On September 25, 1948 he married Harriet Georgina Rodda. Harriet passed at the age of 32, leaving Leonard to raise two small children. He was a Greyhound Bus Driver for over 50 years, during that time he met and married Lilla Jean Galloway in November 1959. He was a proud Father, husband, grandfather, great grandfather and Marine.

He loved fishing, hunting, gardening and raising Barbados sheep. Leonard was well traveled and took pride in saying he had been in every state in the U.S.

Leonard was a Life Member of VFW Post # 6739, Camp Verde American Legion Post #93, the DAV and the 1st Marine Division Association. He was a good and loyal friend to many, and will be missed by all who came to know him.

He was preceded in death by his Parents, George C. and Ida L. Krautbauer, First Wife Harriet, 4 brothers and 3 sisters.

In lieu of flowers, memorial contributions can be made to American Legion Post #93, Camp Verde, Arizona.