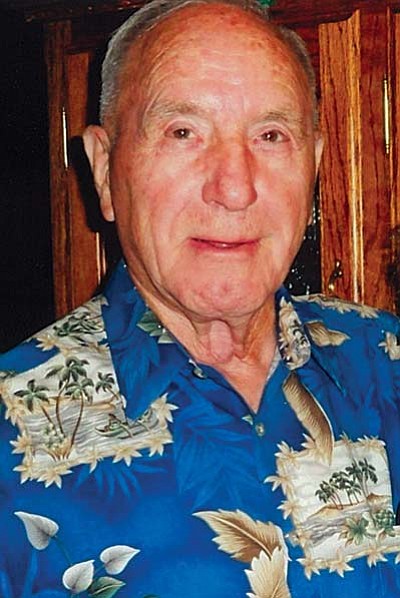 Donald Ralph May went home to be with the Lord on Wednesday April 15, 2015, at the age of 83.  He passed away at home surrounded by his loved ones.  In his new home in Heaven, he is joined by his father Henry May, mother Leah Masur May, sister Josephine Nevins, and brothers Kenneth, Sonny (Harold) and Dale May, and his many pets he treasured so much.

Don was an Arizona native who grew up in Kingman and worked as a school administrator in Welton, Camp Verde, Bagdad and Jeddito. He retired from education in 1985 and in 1992 from the Naval Reserves as a Commander.

He and Pauline settled in the Verde Valley and have lived in Clarkdale for the past 29 years. He will always be remembered as a Godly man who loved people unconditionally and put others before himself.  His family meant the world to him and it gives them great joy to know he is with Jesus now and that they will be with him again someday in Heaven.

A celebration of Don's life will be held at 11 AM, Saturday April 25, at Verde Valley Christian Church, 406 S. 6th Street in Cottonwood, AZ.