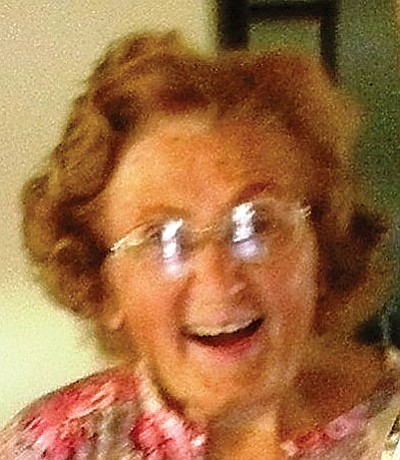 Lilla was born May 7, 1928 in San Diego CA, daughter of Francis Smith Galloway and Hilda Adelia Hutchison, one of six children.

In November 1959 she married Leonard Joseph Krautbauer. She helped to raise Leonard's two children. As a homemaker her greatest joy was her garden where she raised roses and specialty Iris. She loved her pets and Barbados sheep. She will be missed by those who loved her.

Direct cremation by Bueler Funeral Home, place of interment National Cemetery in Phoenix. She has been laid to rest beside her husband of 55 years.