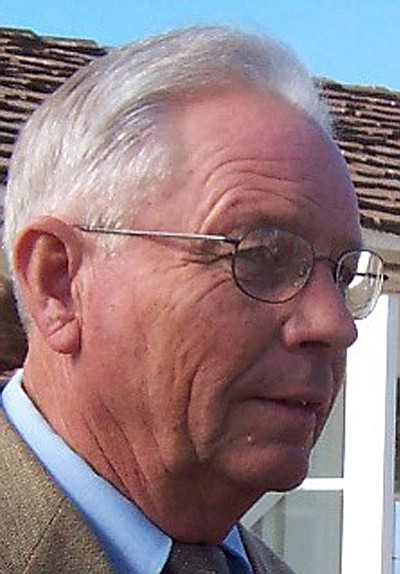 Earl was born October 16, 1934 in Sturgis, South Dakota to Claude and Mabel Bauer.

He also is survived by his son-in-law, Henri (Bud) Prud'homme and daughter-in-laws; Bonnie Bauer and Darcy Bauer, and his sister, Nancy Brown (Harbor OR) and brother, Dennis Bauer (Billings, MT).

Earl was a graduate of Sturgis High School and received his B.S. in Business Administration from the University of Denver.

Earl shared a rich life with his wife, Ellie.

Together they raised their children in Denver, Colorado. Then they joined the Peace Corps and spent three wonderful years in Rampur, Nepal.

Their next assignment with US Dept. of Agriculture took them to Yaounde, Cameroun, where they spent another three years.

In their time overseas, they were able to travel to many parts of the world enjoying the cultures and people in each place they visited.

In 1984, Earl and Ellie found their home in Clarkdale.

Their son, Mike, joined them in the business and eventually their daughter, Robyn became a part of the business too.

As an employer, Earl, cared about the people who worked for him, he was tough but would go the extra mile to take care of them.

Being a business owner was only a part of who Earl was, he also gave much to his community.

He was a co-founder and the first president of the Clarkdale Chamber of Commerce. He worked on many projects in Clarkdale with pleasure and pride in what was accomplished.

Earl was a gentle man and a little bit of a rascal.

He was a man who always spoke his mind but was also a helping hand to many.

He always liked a good conversation and on a regular basis over the past few years you would see him stroll down the street to his favorite places in downtown Clarkdale to have a cup of coffee, cookie and conversation with the BS (Brotherly Spirit) Club or whoever was hanging out on the street.

Earl wished not to have any services.

The family instead will have a gathering at his home in the spring when the weather is warm and all can enjoy his wonderful backyard.

In lieu of flowers, contributions in the name of Earl Bauer can be made to Clarkdale-Jerome School for their arts and basketball programs.