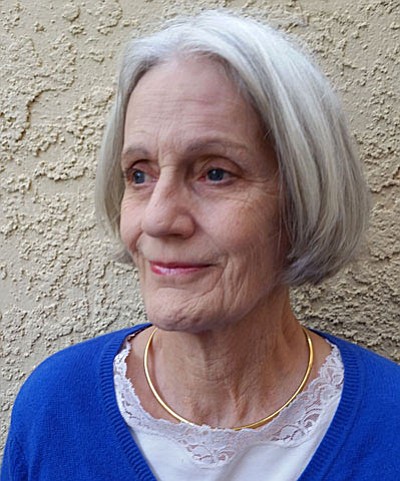 The recent reporting of suicides at Midgely Bridge should cause us as a community to pause and reflect on this issue. Suicide, taking one's life, is a major, preventable public health problem. Suicide is now the second leading cause of death in children ages 10-24 according to the National Alliance of Suicide Prevention. The numbers have increased in younger men, women and the elderly. Native Americans and returning veterans are at higher risk.

According to the American Alliance of Suicide Prevention, 2015, every 13 minutes, someone in the US dies by suicide, or 40,000 persons per year. For every suicide, 25 others attempt. In the U.S., suicide is the 10th leading cause of death. And, according to the statistics, 90 percent of those who completed suicide had a mental health issue or diagnosis. Sadly, this is 1.5 million years of life lost each year. In addition to having a mental health condition, other risk factors include loss of or lack of social or family supports, changes in economic status, changes in health status, divorce, the birth or loss of a child, having special needs/disability, involvement with the legal system, and bullying. Today, with funding cuts in social and educational programs, there are fewer formal programs for help.

There is a misconception that suicide is a selfish act of anger and revenge to hurt others. Actually, suicide attempt survivors more commonly report feeling that others would be better off without them. Sometimes, those survivors felt their act "will make it better for others."

Those who end their lives tragically are people in psychic pain. Psychic pain can, like physical pain, have a range from say, 1 to 10. I used to ask those who attempted suicide about this ... most reported ... 10 or more.

As members of a family and a community, we can each do something to help. In the field of suicide prevention, the term gatekeeper refers to "individuals in a community who have face-to-face contact with large numbers of community members as part of their usual routine."

They may be trained to "identify persons at risk of suicide and refer them to treatment or supporting services as appropriate" (U.S. Department of Health and Human Services Office of the Surgeon General and National Action Alliance for Suicide Prevention, 2012). Hopefully, members of our community are being trained as gatekeepers.

The rest of us can do our part to pay closer attention to those around us. There may be those we know who have "had a lot on their plate" but appear "OK" ... some learn to withhold feelings until they "can't take it anymore."

We can all offer hope and steer those we know to get some help, especially those we love, neighbors and acquaintances. Survivors of suicide attempts reported hanging around a venue where their attempt was made, while hoping inside that someone would care, say a word.

We can also learn to be part of the solution regarding stigma. Casual name calling, even calling someone a "Schizophrenic" rather than "someone with schizophrenia," makes a difference. People aren't disorders ... they are our friends, neighbors, family or community members. Changing the language is a step in the right direction. Asking someone if they have thoughts of suicide will not "give them ideas" of suicide; it shows concern and willingness to listen. This holiday season; remember a gift of a kind word or gesture can make a lifesaving difference.

I hope we can establish Caring Community Gatekeeper Programs here in our Arizona communities. The Mental Health Coalition Verde Valley is establishing a Suicide Prevention Task Force which is another step in the right direction. Check out www.mentalhealthcoalitionvv.org ;for more details.

Janet McFarland is an adjunct instructor in psychology at Yavapai College and a member of the Mental Health Coalition Verde Valley.