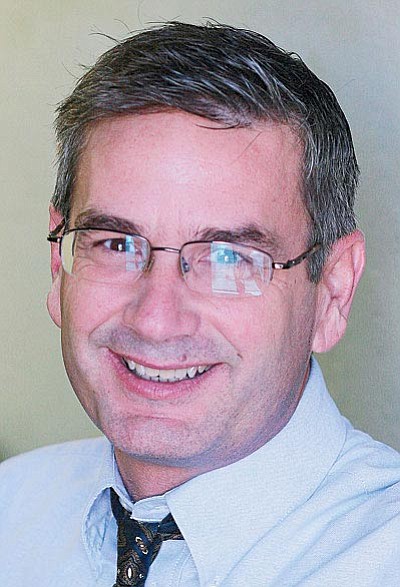 COTTONWOOD - While Verde Valley school districts entered 2015 under a cloud of state budget cuts, by year's end, a ray of light had peeked-through as local voters supported additional funding during the November election.

Meanwhile, student enrollment in all three districts remained level in 2015, with overall gains averaging about one percent.

As for teacher shortages of up to 62 percent statewide (according to the Arizona Department of Education), local school districts report no issues filling positions this year.

And the debate on the pros and cons of school vaccinations continued as Yavapai County children entered the school year with the lowest immunization rate in the State of Arizona.

In his Annual Executive Summary, CJSD Principal Scott Jacobson noted a number of technological and energy-saving advances made by CJSD in the past few years.

Examples include the use of improved fiber optics, the installation of solar panels and Chromebook laptop computers.

CJSD began a gifted student program for third through eighth graders. To be eligible, students needed to score 97 percent or higher on CogAt (a national cognitive abilities test) or exceed two or more areas of AIMS (Arizona's Instrument to Measure Standards) or have a teacher recommendation.

"One of the common misconceptions is that any kid that has straight A's is gifted, and that's not necessarily true," CJSD Superintendent Kathleen Fleenor said. "The research show that gifted kids often get bored and they're not your straight A students sometimes."

The first of three $66,000 donations to CJSD from the developers of the Mountain Gate subdivision. Newgate Homes Project Manager Ralph Clemmer said the donations were meant to help a school that will be serving the Mountain Gate community, which he said would add about 400 homes and an estimated 1,000 residents.

In September, Dory Cronk, a 9/11 survivor, spoke to the eight-grade class at CJSD. The students were researching 9/11, which included discussing the event in their book club.

Voter approval last year of a $15 million capital bond gave the green light for facility improvements at COCSD in 2015.

"We are replacing all our HVAC units and upgrading our network fire alarms," said David Snyder, COCSD director of business services. "Next year, we are replacing single pane windows."

Snyder also anticipated savings in transportation with a fleet of 15 new buses.

COCSD's first-ever Gear Up class explored Yavapai College (YC). 200 eighth graders took part in a scavenger hunt, as well as discussed how to better-prepare themselves for college. To facilitate the visits, Gretchen Wesbrock, Gear Up coordinator and Heather Wacker, COCSD teacher, worked in conjunction with Heather Mulcaire, coordinator of YC's Early College Program.

Students and teachers at Dr. Daniel Bright School had reason to celebrate when literacy skills for kindergartners scored 93 percent of benchmark (28 percent higher than previously).

At Cottonwood Elementary School, devices such as Chromebooks, Netbooks, Redcats and Mimeos have replaced the Casios, CDs, clip art and Encarta of their parents' schooldays, thanks to a voter-approved bond.

This summer also brought a chance meeting between teacher Barb Amato of COCSD and former student Cesar Ruiz, a cook. She convinced Ruiz return to his Cottonwood Middle School roots in order to teach culinary arts to her eager students.

Fortunately for MUHSD, voters re-visited the issue in November 2015 and funding was approved in the form of a bond.

Another bright note was the performance of MUHSD's A Troupe of Ridiculous Thespians (ATORT), led by Producer/Instructor James Ball. The drama club earned "Best High School Play" during the Arizona High School Music Theatre Awards for its fall production. In addition, ATORT captured six of ten categories for its spring production.

Through the Link program, MUHSD upperclassmen act as mentors to incoming freshmen. The program was launched nationally by a group of Oregon high school teachers working to improve a 40 percent failure rate among freshmen students.

Further validating the success of MUHSD's students was an increase in scholarships during 2015. Students earned nearly $2.8 million in scholarships, up from $2.3 million in 2014. Scholarships ranged from as little as a few hundred dollars to as much as $140,000 each.

"Buses, buildings and books" was the rallying cry of Jamie Woodward's Partners in Education (PIE) as it promoted community support of school funding in an upcoming bond election.

Meanwhile, Superintendent Dr. Paul Tighe celebrated his second anniversary at MUHD. His accomplishments included being appointed to the First Things First Yavapai Regional Partnership Council, receiving the Governor's 2014 Award of Excellence for Energy Education and having his school twice ranked as among "America's Best High Schools" by US News and World Report.

In answer to an increasingly-global economy, MUHSD welcomed Mandarin Chinese Instructor Ni Fen Fen as part of a global teacher exchange. In a "win-win" situation, her salary did not come out of the school's budget and her class soon filled with interested students.

As winter approached, a special mail-in election was held Nov. 3 to seek approval to raise funds for MUHSD. Instead of the seven year payback required of last year's failed spending override request, this year's appeal came in the form of a $5.9 million bond capped at 20 percent of limit, with portions payable up to 20 years.

But just as things began to look up for MUHSD, Superintendent Tighe noted that the mailed election ballot contained an error. Instead of "bond request," it stated "budget increase." The ballot was corrected, reprinted and re-mailed just in time for the special election.

After the results were tabulated, the Mingus bond request passed, 52.5 percent to 47.5 percent. The additional tax amounted to about $18 annually on a $100,000 home, according to PIE.

The bond allowed MUHSD to borrow money for "brick and mortar" capital expenses (such as buses, maintenance repairs and classroom furniture) and not for salaries and benefits.