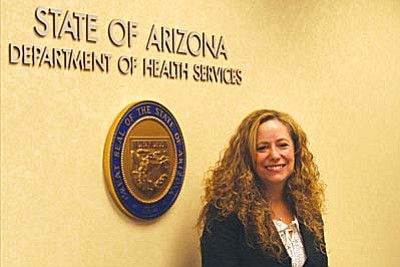 PHOENIX - The current measles outbreak should be a wake-up call for Arizonans to get vaccinated, an immunization advocate says.

And for many it is, said Debbie McCune Davis, executive director of The Arizona Partnership for Immunization and a Democratic state representative.

"There's a lot of concern," she said. "I know a number of people who have gone back and checked their immunization record to make sure they actually got their shots."

Parents who believe their children have been exposed to the measles are especially concerned, McCune Davis said. For those who are, she offers a simple solution: get kids vaccinated.

"This is an airborne disease," she said. "There's no other way to protect your children from it but to vaccinate them. And that's what we encourage."

But an increasing number of parents are opting against having children vaccinated.

Arizona allows parents to opt out of vaccinating their children for school if it conflicts with their personal beliefs. Kim Weidenaar, instructor and fellow with the Public Health Law and Policy Program at the Arizona State University's Sandra Day O'Connor College of Law, said the statute is pretty lax in its language.

"All it says is 'personal belief,'" she said. "So it includes kind of a religious reason or a personal philosophical one. It's pretty broad."

Arizona is one of 20 states to have this law, according to a 2012 study published in the New England Journal of Medicine. The study also notes that Arizona is one of the 13 states with easy exemption policies, requiring only a parent signature to opt out of vaccination.

As a result, Arizona has had a high rate of exemptions compared to other states, shown in a study by the Centers for Disease Control and Prevention. According to the study, 3.9 percent of Arizona's kindergarteners were exempt from vaccination for nonmedical reasons in the 2012-2013 school year, well above the national median of 1.8 percent.

McCune Davis said one prominent reason people have opted out of vaccines is a debunked study that linked the MMR vaccine to autism in children.

While the immunization rate is relatively high statewide, McCune Davis and others are concerned about pockets where the rate is much lower, threatening a loss of the so-called herd immunity needed to prevent disease outbreaks.

Much of health officials' concerns about measles stem from how quickly it can spread. Cara Christ, chief medical officer for the Arizona Department of Health Services, said the measles is one of the most contagious diseases, spreading among unvaccinated people even without direct contact.

"You can walk into a room with measles, and you can leave. And somebody can walk into the same room two hours later and get measles," she said.

In addition to being contagious, measles can be deadly, especially to small children, Christ said, and also can lead to deafness, blindness or permanent brain damage.

Christ said it's children's high vulnerability to the disease that parents are concerned about. She said that concern is driving them in droves to get children their measles shots amid the outbreak.

"We're getting a lot more calls about where people can get their measles vaccine," she said, "especially among those who really want to have their children fully vaccinated."