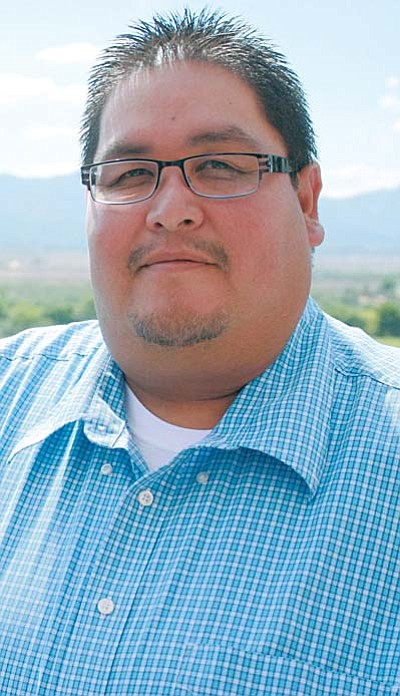 During his address, Chairman Beauty reminded the legislature that there has been a long history of adversity and separation between the state and tribes, and in order to create a better Arizona, both tribes and the state must come forward with a willingness to discuss governmental differences and work together.

Economically, Arizona tribes have seen tremendous economic gains since the emergence of Indian gaming. However, there remains a significant state of underdevelopment in most tribal economics. Beauty reminded state leaders that on most reservations, high unemployment exists and there is a deep sense of poverty in tribal communities.

Focusing on working together, Chairman Beauty recognized that tribes and private industry must look for ways to work together to create partnerships that generate economic development in Indian country, which is good for both tribal and state economies.

"The single most powerful factor in growth of any economy is the power of education in the lives of our people," stated Chairman Beauty. "Education empowers people to be thoughtful and make responsible life choices and allows us to think, plan, envision and achieve a better future."

In education, Arizona ranks almost dead last nationally in percentage of 3-4 years olds in preschool. A 2014 Arizona State University study pointed out that an education is most likely to produce college and vocational school graduates, with those who begin an education in preschool.

"How can our children advance toward an educational achievement when they start out poor, hungry and subject to all of the ills and disadvantages that accompany poverty?" Beauty asked. "The cure for poverty is economic opportunity. The key to economic opportunity is education. Arizona must focus on improving its K-12 education system and provide better access to higher education for all students."

In addition to sharing the tribal perspective on economic development and education, Chairman Beauty pointed out that Arizona Tribal Leaders continue to support the expansion of the AHCCCS, to cover the cost of healthcare of Arizona's poorest citizens and asked the legislature to continue this important coverage for Arizonans.

In Arizona, Tribes support the settlements of the remaining Indian water rights claims. Like the non-Indian communities that are party to the pending water rights litigation and settlement efforts, tribes want the certainty of a secure water supply that will allow tribes to develop communities with a degree of confidence. Beauty urged legislators to move forward in supporting fair and equitable settlement initiatives that provide quantity and quality of water on reservations and to fully fund the Arizona Department of Water Resources, so that the state agency can carry out is legislatively mandated duties. "Tribes need to be involved in the early stages of water discussion, planning and development, because water resources cut across geographic and political boundaries," Chairman Beauty said. The failure to involve tribes in this process only invites conflict and produce adversarial relationships. Water is life. Every community in Arizona needs access to water, because when the water is gone or limited, we can't drink money."

Beauty added, "Our ultimate destiny has always been, and always will be a shared destiny, because after all, we are all Arizonans."

During this year's Indian Nations Day, the legislature announced the formation of the Arizona Senate ad-hoc Committee on Indian Affairs, which consists of a bipartisan group of Senators and one member each from the Gila River Indian Community, Salt River-Pima Maricopa Indian Community, the Tohono O'odham Nation and the San Carlos Apache Tribe.

"As a Tribal Leader, I think that the formation of the Indian Affairs Committee is a great step in the right direction on the states behalf to open dialogue with tribes and to ensure that the tribal voice is included on key topics that impact all of Arizona," Chairman Beauty said.

The Arizona Commission on Indian Affairs launched its first Indian Nations Day at the state capitol in 1995. For the past 20 years, the Commission has been committed to provide Arizona tribes with an opportunity to meet state legislators, create awareness about tribal issues and have a consistent presence in state government.