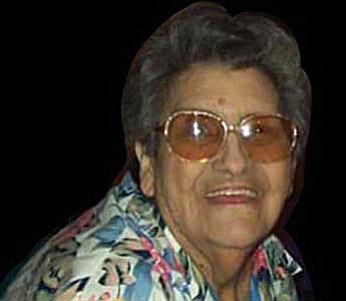 Margaret D. Ontiveros, 85, peacefully passed on Monday, February 9, 2015 in Prescott, Arizona. Blessed the world on June 10, 1929, in Clarkdale, Arizona to Savino and Isabel Ontiveros of Clarkdale. Margaret was a CNA for over 34 years at Marcus J. Lawrence Hospital in Cottonwood, AZ, until her retirement in 1993. Margaret lived her life helping others so it was no surprise that she returned to work a year later as a CNS in hospice and home health until ultimately retiring at the age of 80. Margaret is preceded in death by her daughter, Melba and son, Victor. She is survived by her brother Herculano Ontiveros of Centerville, AZ; sister, Gregoria Ramirez of Whittier, CA; daughter, Olga Reyes of Prescott, granddaughters, Louisa Kosel of Los Angeles, CA; Veronica Reyes of Prescott; Melinda (Joseph) Arredondo of Prescott, grandson, Polo (Anastasia) Reyes of Prescott; 13 great grandchildren and many precious nieces and nephews.