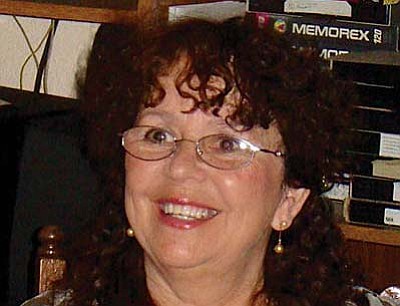 Elizabeth Ann Tufte, age 69, was born in Chiswick, England 4 May 1945 died in her flesh and Reborn as God's Angel 1 February 2015. Elizabeth was a Woman of God first, Wife, mom, grandma, great grandma, sister and aunt. She worked in the medical clerical fields, and later devoted her time to supporting safe environments for children by working for military family support groups, childcare facilities, and as a foster parent for over 20 years in the U.S. and in Europe.

Part of her foster parenting support was conducted through the Sierra Vista CPS while stationed at Fort Huachuca.  She received many certificates and coins from military commanders and organizations throughout the world for her devotion and support.

Elizabeth has herself paid tribute to many organizations such as The American Legion, Disabled Vets, Firemen, Policemen, organizations such as St. Jude, to name a few, through donations and holiday seasonal food favorites. You never met Elizabeth without being greeted by a smile, never left her without a smile of your own.  No matter how bad your day was, she always found reason for you to celebrate the Love of Jesus and to thank Him for all the good things that made even your worst day worth smiling about.

Elizabeth and Lance met in Sierra Vista in 1974, married in April 1975.  Elizabeth has returned where her life had started with her husband Lance over 40 years ago. May she rest in peace in the Comforting Arms of God until we all meet again. Elizabeth is survived by her husband Lance Tufte, CWO3 Retired, US Army, 5 sons Joseph, John Paul, Brian, Mark and Matthew, 17 grandkids and 18 great grandkids, all of whom she taught to put God first and to love, care and protect each other.

Elizabeth had been a resident of Clarkdale since January 2008.  Elizabeth's funeral ceremony was held at Jensen's Funeral Chapel in Sierra Vista, AZ on 6 February 2015.  Procession to the internment site at the Southern Arizona Veterans Memorial Cemetery in Sierra Vista, outside Fort Huachuca, was provided by relatives, friends, the local police force and Legion Riders and Friends.