Cecilio Cruz bonds out of jail for Christmas 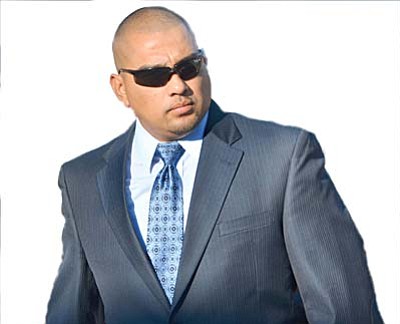 PRESCOTT -- Cecilio Cruz got to return home for Christmas, even though belatedly. He actually was not released from the Yavapai County jail until Dec. 29.

Cruz still faces charges of premeditated murder in the case involving his former 17-year-old girlfriend, Marisol Gonzalez, and her unborn son in 1997.

It was a reality TV show investigation that laid the pathway to his eventual prosecution. After 17 years, the Cottonwood Police Department was unable to convince the County Attorney to take the case to the Grand Jury. But, Sgt. Tod Moore convinced the Cold Justice producers to take the case and the crew re-interviewed dozens of witnesses to lay a foundation for prosecution, while eliminating some loose ends.

The investigative work led to an indictment and warrant and Cruz was arrested at the Tucson cemetery where he worked as a family counselor in September.

When the case first went before a Pima County Justice of Peace, the judge reduced the bail to a $10,000 bond. Cruz paid the amount and was released without a hearing.

Defense attorney John Napper exercised the defendant's right for a change of judge and Judge Jennifer Campbell was assigned to the case in a Prescott court. Napper then filed a motion to modify release conditions and argued that Cruz had already proved he would honor conditions to appear, that he was gainfully employed and he would return to work if released.

Judge Campbell agreed to allow the $100,000 bail to be cash only or a secured bond, needing only a 10 percent deposit.

That was enough leeway to allow Cruz to be released and he was able to meet the bond conditions Monday, Dec. 29, and was set free pending trial.