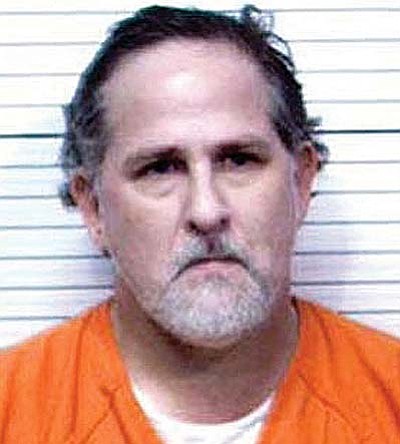 CAMP VERDE -- Jeffrey Lyn Balys, 49, was finally sentenced in Camp Verde Monday morning under a plea agreement. The last of the so-called Yavapai Six reached a plea and was sentenced to five years' probation by Judge Michael Bluff.

He was facing four counts of luring a minor for sex but agreed to plead to an amended single count of attempted luring of a minor for sexual exploitation, furnishing harmful material over the Internet and possession of a dangerous drug, methamphetamine.

Before sentencing, Judge Bluff said he reviewed a requested psychological and emotional evaluation and he immediately sealed the report as requested.

Balys has had a long record of fighting with his lawyer, the prosecution and the training system for a police sting. In all the six cases, Detective Pam Edgerton played the role of a young teen of 12 or 13. In Balys case, she called herself "Chrissy." Before his arrest, he had 35 chatroom chats that concluded after displaying his genitals on a video chat.

Still Balys battled the court contest on every front. Balys claimed the sting ran outside the bounds of standard protocol and without supervision.

At one point, he asked the court to allow him to have a computer forensic expert to examine Edgerton's computer.

He changed attorneys four times and even attempted to have current attorney Matt Cochran removed Monday before the sentencing.

"I wanted someone to take these things seriously. There are no rules for these stings. I wanted to get an expert witness. I asked for four different hearings. It was not until sentencing did I ever get a chance to speak"

Bluff responded that it is apparently, "a dispute with your lawyer about trial strategy... and I don't see any reason not to proceed. I don't think it meets the threshold."

Superior Court Judge Tina Ainley earlier had predicted consecutive terms would see him serve 60 to 75 years in prison. His attorney warned he could face 200 years if the case went to trial.

Deputy County Attorney Ethan Wolfinger told the court that Balys was "so defiant that he can't tell you he's sorry."

In comments to the court, Balys said, "I never went looking for under-aged girls. I was just going through a bad time. He said he was just lonely and wanted someone to talk to. That was wrong on my part."

In addition to the five years' probation, Balys must serve 360 hours of community restitution and serve up to 120 days in jail at the order of the Probation Department. He must register as a sex offender may not consume alcohol and must undergo substance abuse screening.

Balys is the last of the Yavapai Six to clear the judicial process and be sentenced. Samuel Bassett of Lake Montezuma and Brad Binkley were found guilty at trail, and have been sentence to prison and are now appealing. Chad Marineau accepted a plea deal and is servicing 10-years' probation. Shawn Thompson also took a plea and is serving lifetime probation. Finally William R. Adams was found not competent to stand trial and referred to the state Department of Health Services.