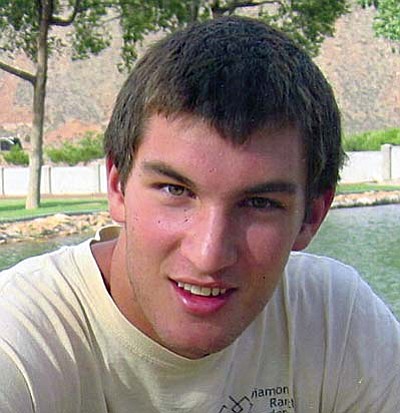 Justin Reif of Cornville passed away on Monday, January 5, 2015 in Florence, AZ. He was 24 years old. Justin was born to Roger and Kathy Reif on June 10, 1990 in Chandler, AZ. He attended schools in the Valley, including Kyrene del Cielo Elementary, Aprende Middle School, Corona High School and Mesa Community College.

As a boy he was active in Cub Scouts and Boy Scout and was an Altar Server at St. Andrew the Apostle Catholic Church. As an adult he worked for Leslie Pools and pursued his true love of music, playing in a garage band.

Justin is survived by his parents, Roger and Kathy of Cornville.

A memorial mass will be held for Justin on Monday, January 19, 2015 at 10:30 AM at Immaculate Conception Catholic Church, located at 700 N. Bill Gray Road, Cottonwood, with inurnment to follow at All Souls Cemetery.