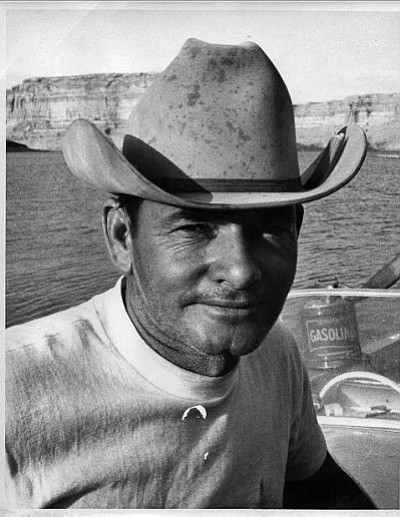 He was preceded in death by his wife of 26 years Georgia, his parents, two brothers, Ekard and Thedford Lay and two sisters, Mildred Stewart and Jewel Faise.

He is survived by his daughters, Patsy Butler, Linda Kennemer (Tommy) and Shirley Kennemer; his step daughters Patricia Hubbard and Katherine Dexter, his step-sons, Dennis, Kenny and Danny Christensen, 20 grandchildren, 25 great-grandchildren and 3 great-great grandchildren; many nieces and nephews and an abundance of friends.

Paul spent his youth in Buckeye, AZ then moved to Phoenix where he had a career with Ameron Corp. until his retirement when he moved to Camp Verde.

He enjoyed camping, fishing and hunting, NASCAR racing, antique car show and attending auctions where he found many projects to keep him occupied. He took particular pride in restoring antique automobiles.

An online guestbook can be found at www.westcottfuneralhome.com