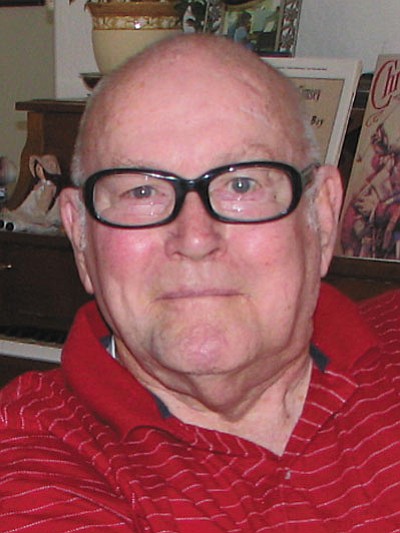 He was preceded in death by his parents, Byron Showers & Naomi Reed Showers, his brother, Robert, and his grandson, Matthew.

He is survived by Marilyn, his wife of 55 years, his sons; Mark (Lori), Scott (Jamie) and Michael (Robin), 8 grandchildren and 3 great grandchildren.

Ralph attended Madison School in Phoenix (was taught by both his mother and his brother, Jim), and North Phoenix High School. Having always struggled with learning disabilities, he was determined to go on to school and succeeded in graduating from Arizona State University and California Baptist Theological Seminary, Covina, CA. He was later awarded an honorary Doctor of Divinity degree from the American Baptist Seminary of the West, Berkeley, CA. He was ordained into the Baptist ministry in 1964.

With a strong conviction of the Lord's leading, Ralph had a full and eventful life. He was a minister in Arizona, California and Hawaii, a missionary to the inner city of Phoenix, AZ and to the Native Americans in Middle Verde, AZ, and in 1973 was instrumental in building the ranch for mentally handicapped adults called Rainbow Acres.

It was in the building of this ranch that Ralph had an electrical accident that resulted in the amputation of both hands and both forearms. Not one to let anything stand in his way, Ralph, along with his wife Marilyn, went on to complete the building of Rainbow Acres, and eventually helped start other facilities across the U.S. and in other countries.

After leaving Rainbow Acres he began a professional speaking career called "Hooked On Life," which led him throughout the United States, also visiting Canada, Africa and Japan sharing his motivational and overcoming spirit.

He loved young people -- spoke at many high school graduations, performed many weddings and took young people on many trips. He coached Little League in Hawaii and Camp Verde, was on the Camp Verde school board for four years and coached the public speaking program for 4H. He was also an active member of Rotary and the Society for the Preservation and Encouragement of Barbershop Quartet Singing in America.

He was honored on the Ralph Edwards' "This Is Your Life" program which was followed with full articles in U.S. News and World Report, Reader's Digest, People magazine and other publications. Ralph also wrote four books, "Rainbow Acres", "TLC for MRA", "Reach for a Rainbow", and "Pickin' Rainbows". He was a very special man, dearly loved by his wife and family as well as the community.

We will all miss him. A memorial service celebrating Ralph's life and legacy will be Sunday, August 2, 2015 at 2 pm at Parkside Church in Camp Verde. (parksidecampverde.com).

In lieu of flowers, donations may be sent to Rainbow Acres (rainbowacres.com) or United Christian School of Camp Verde (cvucs.org).