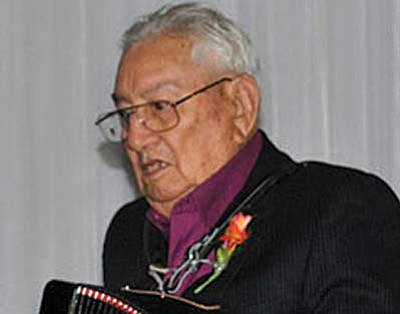 Paul served our country in the US Air Force. Paul worked at Petersen-Bunker Sawmill for 48 years. He was a musician and played the accordion since he was seven years old; he played in and organized many musical groups including Conjunto Molina and Los Aguilas.

He enjoyed woodworking; having built many toy boxes, rocking chairs and desks for his grandchildren and nieces and nephews. He also enjoyed traveling, fishing and going to the casino.

He will be remembered as a loving man who was always willing to teach his talents and skills to the younger generations of the family.

He was survived by his loving wife of 64 years, Juanita Molina; his children, Caroline Molina-Uribe (Julio), Tina Moncada (Carlos), Liz Macias (Albert), Paul Molina, Jr. (Candy); 11 grandchildren; 14+ great-grandchildren, and many nieces and nephews. Paul also survived by six brothers, and three sisters. He is preceded in death by three brothers.