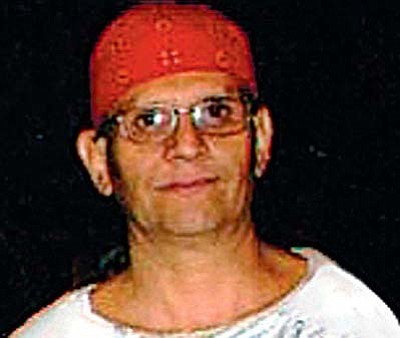 Richard Thomas McMahon, Sr., known as Rich to friend and family died peacefully on Saturday, March 21, 2015. Rich was born on September 30, 1967. He was 47 years old.  He was the son of Sherilyn and Thomas Beauty.

As Rich grew up, he lived with his grandparents Dick and Marilyn Brown and his aunt and uncle Melody and Scott Frisch as well as his mother, brother Michael and step-father Mike McMahon.

He loved his family but had a special place in his heart for his grandfather and grandmother. He always spoke of the goodness and love his grandparents showed him.

As he became older, Rich spent time working with his mother at the Taco Bell in Prescott and also worked as a fire fighter with the Yavapai Apache Nation. Later in life, he did landscaping work. Rich married Rose Mitchell on March 2, 1988. Together they had a son Richard Thomas McMahon Jr. or "Tommy." Tommy was the light of Rich's life. He loved him very much and was extremely proud of his accomplishments.

It didn't matter if Tom was playing T-ball or high school basketball, Rich was elated with whatever Tommy accomplished. When he could Rich would travel to support Tommy at games. Rich loved children and he loved the outdoors. He was an uncle to many, it didn't matter if there was a family relationship, he comforted many and just accepted them as they were.

He was non-judgmental, quick to laugh and help. One of his most favorite outdoor activities was fishing. There are many pictures of him with the "big one." Perhaps it is the solitude of fishing, time to think and to be surrounded by the beauty of nature that attracted Rich to fishing. Whatever it was, he loved the activity. Rich was a man of simple tastes.

What mattered most to him was his son. In his last days of life, he expressed to his son that he wanted him to be healthy and to live a full happy life. He will be greatly missed by many. He is preceded in death by his father Thomas Beauty and the grandmother he loved deeply, Marilyn Brown and his stepfather Mike McMahon.