Commentary: Unmet water demand and future of the Verde River 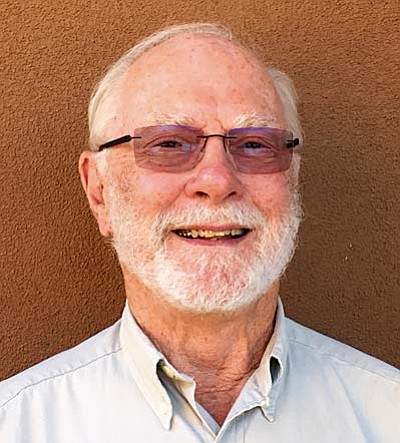 Virtually all water for domestic, industrial, and commercial use throughout the Verde River watershed is pumped from thousands of water wells. These wells draw from aquifers that are hydrologically connected to the Verde River and whose groundwater provides the base flow that keeps the Verde River flowing year-round.

Projected future unmet water demand by 2050 for the Big Chino Valley seems unreasonably low. The part of the valley that overlies the Big Chino basin-fill aquifer contains approximately 225 square miles of rolling grassland that is either privately-owned ranch land or Arizona State Trust land. Both could be readily developed. Accordingly, the Big Chino Valley could easily support 50,000 or more new single-family homes with a potential future unmet water demand of 17 cfs or more. A future demand of 36 cfs (19 cfs plus 17 cfs) from the upper Verde River watershed -- the combined areas of the PrAMA (excluding Prescott Valley) plus the Big Chino Valley, all hydrologically connected to the Verde River above the U.S. Geological Survey (USGS) Paulden streamgage -- is double the 18-cfs base flow at the gage over the last five years.

Pumping and consumption of groundwater in our watersheds depletes the groundwater contribution (the base flow) to the connected perennial streams. Ultimately the removal of groundwater reduces the base flow by a rate equal to the pumping rate. The effect of the anticipated future pumping in the upper Verde River watershed would be eventual loss of the 18 cfs of the base flow at the Paulden gage. One result will be an intermittently dry Verde River for its upper 25 miles -- flowing only in response to storm or snowmelt events. Another will be reduction of base flow at the USGS Clarkdale streamgage -- on the Verde River just above the Verde Valley -- as well as throughout the Verde Valley by 18 cfs. Had that 18-cfs depletion occurred by the 1970s, there would have been periods of no streamflow at a gage that was operated by the USGS on the Verde River at White bridge from 1971 through 1978. There streamflow at the gage was 18 cfs or less for as many as 12 to 24 days during the irrigation seasons from 1975 through 1978.

Speculation about the impact of the future unmet demands of CYHWRMS on the actual flow at these streamgages is hypothetical. In fact, the issue is more complicated. A warmer and drier climate will negatively affect base flow and summer streamflow. The CYHWRMS analysis does not account for the continued depletion of base flow from groundwater pumping already in place; the USGS estimated depletion of 10 cfs by 2110 at the Camp Verde streamgage from continued pumping by only those wells that existed in 2005. On the plus side, exciting work is underway in the Verde Valley to increase the efficiency of the Verde Valley's irrigation diversions and of the crop the irrigation they supply. In addition, growing commitment by some municipalities to maximize reuse of treated wastewater to partly offset our demand on groundwater is a welcome step.

Our valued river is at risk. We must protect our groundwater. We can't wait. Delay will make protecting the year-round flow of the Verde River flow ever more difficult, and inaction will doom it.

Ed Wolfe is Chairman of the Verde River Basin Partnership