A full house on Gavers' motion to compel evidence 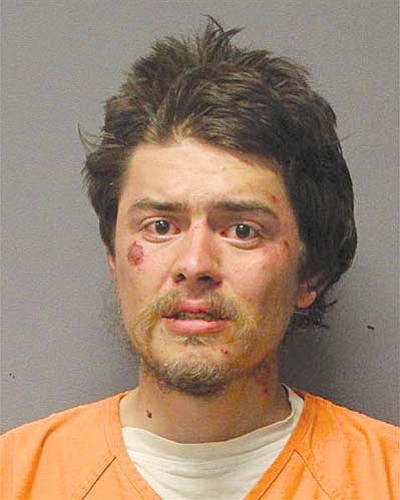 CAMP VERDE -- One of the family members involved in the March 21 brawl and shooting with police at the Cottonwood Walmart is represented by attorney Alex Harris. Harris represents 29-year-old Jeremiah Gaver and she has filed a motion to compel production of evidence.

The oral hearing on that motion was held Friday afternoon before Yavapai County Superior Court Judge Joseph Butner. Attorneys for the Gaver parents, Sebrina Shaw for Ruth Gaver and Glen Hammond for Peter Gaver, joined in the motion and were also on hand with their defendants. The other Gaver attorneys had also joined the motion, but only attorney Michael Shaw attended.

Seven detention officers were also present during the hearing.

Harris had requested personnel information on 34 Cottonwood, Clarkdale and Camp Verde police officers as well as officers from the Arizona Department of Public Safety. She asked for details of their training, whether they had been disciplined in the past, and whether they had received complaints or internal affairs investigations.

Harris claimed the "over-zealousness" of their actions during the March 21 brawl demanded historical scrutiny. She also wanted personnel details from Walmart on its involved employees.

She sought medical records for all the involved police, Walmart employees and defendants.

Details were also requested on the failed dash cams of two other police vehicles and the camera records for up to 18 months in advance of the incident. She also is asking for a microcassette audio tape that reportedly exists as well as any other audio records.

Harris wanted access to lab reports, the autopsy report, and an explanation of the codes for each of the involved jurisdictions in order to understand police radio jargon.

In addition, she wanted to know details about a mysterious white powder taken into evidence and why Cottonwood attorney Jim Ledbetter was standing by with injured Sgt. Jeremy Daniels and a ride-along civilian woman whom she believed had been interviewed as a witness.

Deputy County Attorney Patti Wortman complained to the judge that Harris was "on a fishing expedition." Wortman said she is doing "all I can," but the investigation is in the hands of DPS. Further, she said the defense attorney can ask for information from Walmart and of her own client.

Judge Butner at one point posed the question, "You don't really expect law enforcement to turn over their personnel files?" However, he told Wortman that as prosecutor, she had the duty to divulge any "Brady issues," that may disclose, for example, any dishonesty of officers or suppression of exculpatory evidence of the defendant.

Wortman said the eight involved officers may be questioned, but some of the police officers Harris wanted investigated had only peripheral roles.

Butner agreed with the defense on some matters. He agreed that today, two months after the incident, that the case officer's report by Detective Joseph Blaszek of DPS should have been received. He also wanted the autopsy report, even though photos have just now been received. He ordered that those be turned over or to the defense or explain why not by June 12.

Judge Butner treaded lightly over use of a camera in the courtroom requested by the Verde Independent. After hearing from defense attorneys, Butner declined permission based on privacy for Jeremiah, who is being screened for neuro psychological issues and also while the court is considering a change of venue request by defense attorneys.

Once that matter is resolved, he said the court can consider the use of cameras in the courtroom again.