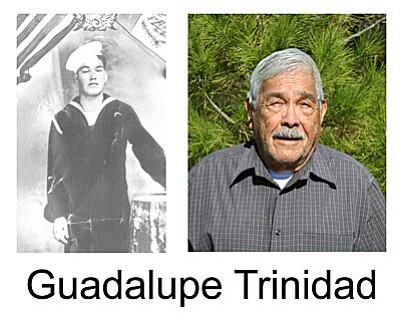 Mr. Trinidad has lived in Camp Verde for 10 years with wife, Carmen. He also has grown children in Camp Verde

Guadalupe "Lupe" S. Trinidad entered the US Navy Feb 23, 1944 at the age of 19. His mother took both him and his brother Alfred to Mexico to avoid the draft; however, they both returned to the United States to serve their country.

After basic training in San Diego, he served on the USS Haskel that delivered troops to the battle of Okinawa and waited under heavy fire to retrieve the wounded.