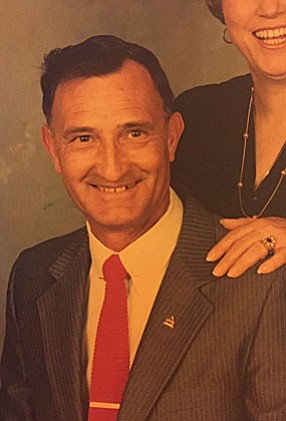 He is survived by his wife of 60 years, Alice Yvonne Willoughby, his two children David Willoughby of San Tan Valley, AZ and DeAnn Nelson of Roosevelt, UT.

He was the proud grandfather, better known as Pop, to eleven rowdy grandchildren: Alicia, Amber, Jared, John, Lindsi, Tara, Heather, Jennifer, Erin, Shane and Shawn. He was also a great-grandfather to 25 children, and finally, a great-great grandfather once over.

Harry was born December 7, 1934 in Denver Colorado to William and Irene Willoughby.

He is preceded in death by his parents and his two brothers, Bill and Bob. Harry was a proud veteran of the United States Air Force and the Vietnam War.

He faithfully served 26 years and received many awards including a bronze star, two oak leaf clusters and an Air Force commendation medal before retiring.

His work took him and his family all over the world and on many adventures before he and Yvonne settled in Cottonwood in 1984.

Harry leaves behind a legacy of honor, duty, love of family and country and of courage. He will be sincerely missed.

Until we meet again.