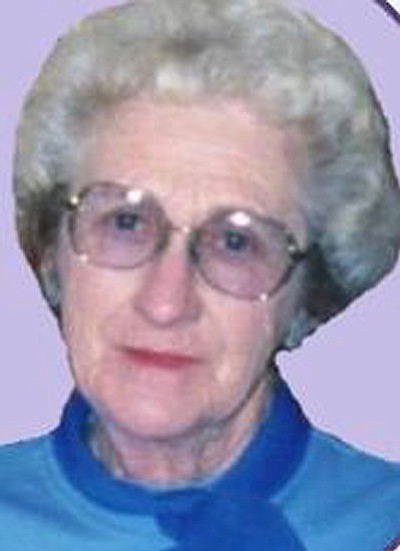 Esther Nielsen Bohannon passed away at her Camp Verde, Arizona home on November 12, 2015, at the age of 92. Esther was born to Hans Christian and Sigrid Nielsen on February 3, 1923, on a Luck, Wisconsin dairy farm, in a locale known as West Denmark.

Esther made her way to Solvang, California in the Santa Ynez Valley, in her 20s. Here she met and married Travis (Bo) Bohannon, local saddlemaker and shop owner. Together they had three children: Ruth Ann Bohannon, Jeffrey Bohannon (Patti), and Mark Bohannon.

For many years they made their life on cattle ranches in middle and southern California.

Esther and Travis moved to Camp Verde in the fall of 1990. They had been married for almost 61 years when Travis passed away in early 2012.

Esther was the best cook and baker! Ask anyone who sampled her cooking. If you entered her home, you were offered food and refreshment. Home baked goods were always there to tempt a guest.

Hospitality and good care of her family were the gifts Esther honed and offered freely.

Church life and a deep faith in God were a part of everyday life for Travis and Esther. They were members of Camp Verde Community (Methodist) Church.

We are all grateful for Esther's many years of love and caring, and will miss her. She is content now to pass into a better place in the presence of her Savior.

A memorial service will be held for Esther at Camp Verde Community (Methodist) Church on Saturday, November 28, 2015, at 1:00 p.m. The church is at the corner of First and Head Streets in Camp Verde. Contributions can be made to Northern Arizona Hospice, 203 Candy Lane, Suite 10A, Cottonwood, AZ, 86326, or the Red Bird Mission online at rbmission.org.