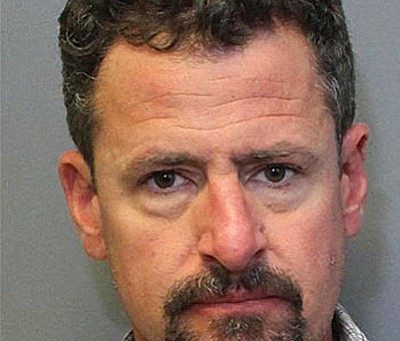 Now, Collins will go to trial in July.

The most serious of the cases involves a highway accident on State Route 260 in November 2014 in Camp Verde when five medical helicopters were needed to fly victims, mainly from one family to a trauma hospital.

Collins, 45, has been charged with DUI in that case.

An earlier-crafted plea agreement was modified after Collins' last court appearance. In that hearing, prosecutors compared the difference between time served under a plea and the potential time faced if convicted for the maximum sentence on all charges at trial.

But members of the Jeremy Hutchinson and Sabrina Champ family complained that the plea called for 8 counts of "attempted aggravated assault" when it should have been "assault." The plea considered Tuesday eliminated the "attempted" language, changing the offense from a Class 4 felony to a Class 3 felony. The new plea also included a stipulation that the maximum sentence be no less than 15 nor greater than 25 years in prison. It was suggested that Collins may not face more than 20 years in the former plea.

After discussion with his attorney, Matthew Springer, Collins rejected the new plea and it was withdrawn by Deputy County Attorney Patti Wortman.

At that point, the court discussion turned to setting a date for trial of the three cases. Judge Michael Bluff insisted that the victim case involving the accident should go first. Springer, however said he was filing a motion to declare that case complex, allowing more time under Arizona rules.

A status conference would be held part way through the trial to determine how to schedule the two separate drug paraphernalia charges.