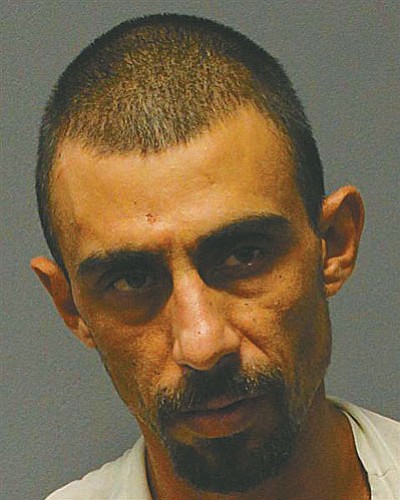 CAMP VERDE -- Daniel Romo Felix of Clarkdale was sentenced Tuesday to a total of 3.5 years in prison after a drug-fueled domestic violence incident July 29.

Felix fired a sawed-off shotgun blast over the head of his wife of seven years as she was fleeing from her Centerville home. Felix continued to hold his two young girls, ages 5 and 6, hostage in the house while police and SWAT team members arrayed outside and were able to, eventually, take him into custody.

Both the defense and prosecution agreed the argument was trigged by Felix' use of methamphetamine. Defense Attorney Sebrina Shaw told the court that Felix was a "productive, loving husband and dad" and any prior offenses were more than 10 years earlier.

Felix, himself, said, "The person that did this is not me, but I made a mistake using drugs."

He said, "I am not a violent person and wouldn't hurt my children or my wife."

The court had accepted Felix' guilty plea Sept. 28 on the two pending cases. The first case involved the incident itself and included possession of methamphetamine, misconduct involving weapons for the sawed-off shotgun, disorderly conduct per domestic violence and aggravated assault per domestic violence, the most serious offense. Since all the offenses occurred at the same time, the terms run at the same time with 3.5 years for the aggravated assault the largest sentence.

Felix was also fined $1000 and the weapons were seized. The judge refused to order no contact between Felix and his wife and children as the prosecution had asked. He said that should not be a problem for the child's safety since Felix will be confined to prison.

The woman had refused victim's rights and a no-contact order, so the Arizona Department of Child Safety took custody of the children.