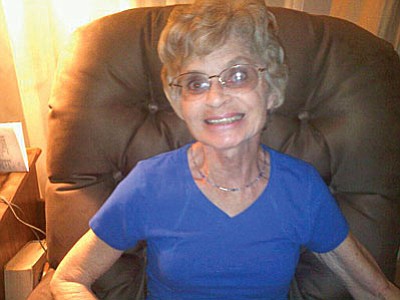 Carol Eugenia Gore, 74 of Cornville, passed away on October 5, 2015 at Flagstaff Memorial Hospital.

She was born on December 22, 1940 in Providence, Utah to Clayton and Mildred Johnson.

Carol attended So Cashe High School. She was a self-employed motel owner/manager in Salt Lake City and Riverton, WY and recently the Secretary Treasurer of Abreeze Fire Protection. She belonged to the Shepard's Chapel Church.

Carol was a dedicated wife, mother, business owner and entrepreneur.

Carol was preceded in death by her husband, Fred Gore, and her father, mother and sister. S

Services for Carol will be held at Westcott Funeral Home in Cottonwood on Friday, October 9, 2015 at 3 pm.