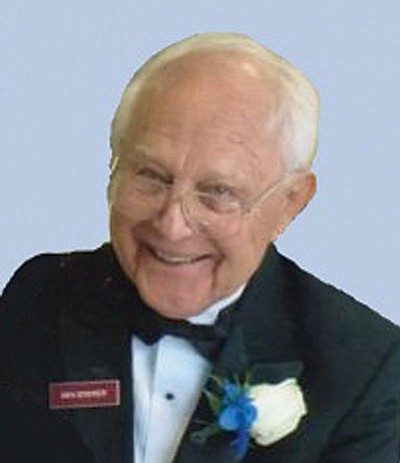 Benjamin Joel Ederer, 89 of Cottonwood, passed away on October 7, 2015. He was born on October 25, 1925 in New York City, New York to Abe Ederer and Bertha Halpern Ederer.

Benjamin worked as an Elementary and High School teacher. He was a member of Spirit of Joy Lutheran Church in Clarkdale, AZ and his positions held there were Church Council and Call Committee.

He was a great husband, great father, and a great teacher.

Benjamin was preceded in death by his dad and mom, Abe and Bertha Ederer and his first wife of 64 years, Ann Ederer. He is survived by his wife Louise Ederer of Cottonwood; his brother Martin Ederer and his wife June of Yonkers, NY; his daughter Linda Watters and her husband Roy of Glendora, CA; his son Wayne Ederer and his wife Tami of Naperville, IL and 4 grandchildren.

A memorial service was held at Spirit of Joy Church in Clarkdale on Saturday, October 10,, 2015.

The funeral service will be held at the National Memorial Cemetery of Arizona, 23029 North Cave Creek Road in Phoenix on Monday, October 12, 2015 at 11:00am.

In lieu of flowers, contributions may go to the Spirit of Joy Lutheran Church Building Fund, 330 Scenic Drive, Clarkdale, AZ 86324.