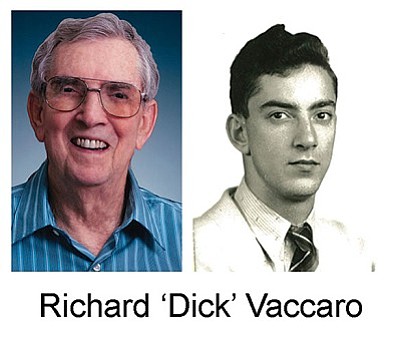 Dick was born June 1, 1925 in Eau Claire, Wisconsin to Charles and Ruby Vaccaro.

Dick was an army veteran of WWII. He was proud of his service in the 101st Airborne known as the "Screaming Eagles."

Dick had a long career as a retail drug store manager.

He received many recognitions, but his most prized one was being known as "The most spoiled daddy in the country."

No local services will be held. His cremated remains will be interred in Bayfield, Colorado.

Donations in his name can be made to the Arizona Honor Flight or to the Wounded Warrior Project.