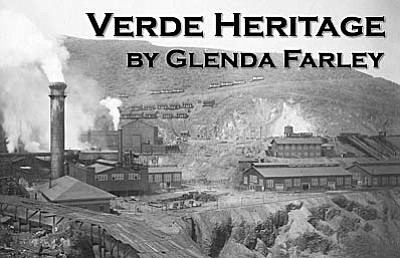 A Senorita is the Cause of Jealousy.

"In this section during the last few years a score of killings have taken place, and among nine-tenths of the unfortunates to go to the unknown, they can point backward to a woman as the cause of their ethereal flight. The last victim to decorate the blotted pages of illicit love is Miguel Montoya, of Jerome, who was perforated yesterday by a fellow countryman because he persisted in his devotions when warned not to do so. Whether he had the right to do so, does not matter, and as to the exact particulars of his ending of life's cares, they do not concern us or for that matter are they particularly interesting. He was shot and killed by a jealous rival, and a fair senorita was the cause of it, as many of them have been in the past , and probably will be in the future." (Arizona Weekly Journal-Miner; Prescott; October 9, 1895; page 4.)

"Miguel Montano is the name of the man murdered at Jerome Tuesday, being shot to death with a small revolver in the hands of another Mexican. A woman is said to have been the origin of the trouble." (The Oasis; Arizola, Arizona; October 12, 1895; page 2.)

"GARCIA KILLED: The Murderer of Montoya Resists Arrest. A telegram received to-day by Under Sheriff Dillon says that Deputy Sheriff Roberts of Jerome had run down Juan Garcia near that place this morning, and the latter in resisting arrest was fired upon by the officer and killed. Garcia was armed and it was while endeavoring to use his weapon when Roberts fired with fatal effect. The crime which Garcia committed was a cold blooded one, his victim being cruelly and cowardly murdered, and that too with no other motive than petty jealousy." (Arizona Weekly Journal-Miner; Prescott; October 9, 1895; page 1.)

"At Jerome two Mexican lovers, Garcia and Montoyo, quarreled over a senorita and Montoyo was murdered. Garcia took to the hills, but was pursued and shot to death by a deputy sheriff, after emptying a six shooter at the officer. The officer escaped unhurt." (Arizona Weekly Citizen; Tucson; October 12, 1895; page 4.)