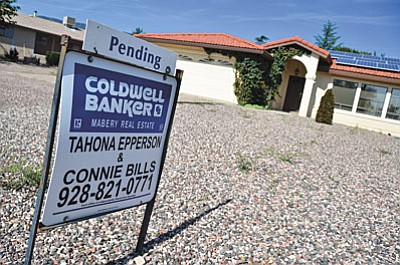 Data through June 2015 shows single-family residential median home prices spiked in a year-over-year comparison, according to Yavapai County Assessor Pamela J. Pearsall. The median sales price of a single-family home in June 2015 was $256,750 compared to $232,305 from June 2014; resulting in a gain of 10.5 percent for that month.

All sales information is based on recorded Affidavits of Property Value, said Pearsall.