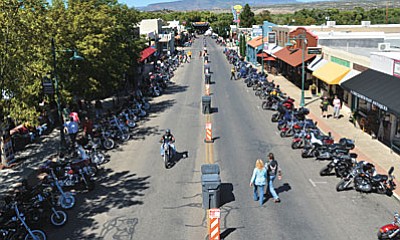 Cottonwood police records show several misdemeanors arrests were made during the Thunder Valley Rally event this past weekend in Old Town Cottonwood.

Another man was arrested during the event for assault.

During this weekend's Thunder Valley Rally, Cottonwood Police also responded, but no arrests were made, to several calls of disorderly conduct, 1 domestic violence, 2 fights, 1 criminal damage in which a patron's property in Old Town had been destroyed, and a stolen vehicle.

"It should be noted an estimated 10,000 attended TVR during the weekend,"said Moore. "The amount of police contacts/arrests are considered minimal for a group of people that size in such a confined area. All arrest were for misdemeanor infractions only."