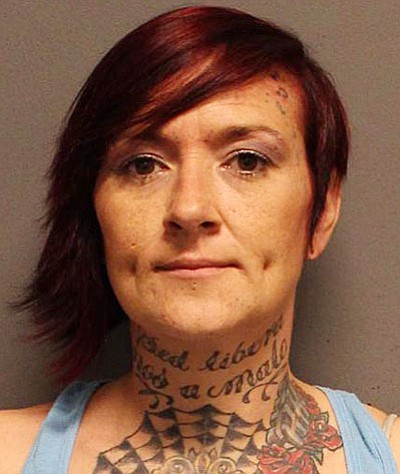 PHOENIX -- A Clarkdale woman has been charged by federal agents with three counts of possession of child pornography.

Cox, according to an affidavit submitted by a Homeland Security Investigations Special Agent Christopher Shrable, was one of several people who were connected by the instant messaging app Kik to 40-year-old Richard Jason Hennis of Colorado Springs, for an exploitation of a minor investigation. A search warrant was served at Hennis' Colorado home and his electronic devices were seized.

The devices revealed pornographic images and text involving a year-old infant shown being molested. Those images had been shared with Cox (using the Kik handle "JadeJeckel"), according to the HIS agent.

Hennis and 18-year-old Brandi Leonard, also of Colorado, were arrested and charged with producing the child pornography. If convicted, both could be sentenced to 15 to 30 years in prison.

Cox was charged with "possession and or receipt of images involving the sexual exploitation of children engaged in a sexual act with an adult."