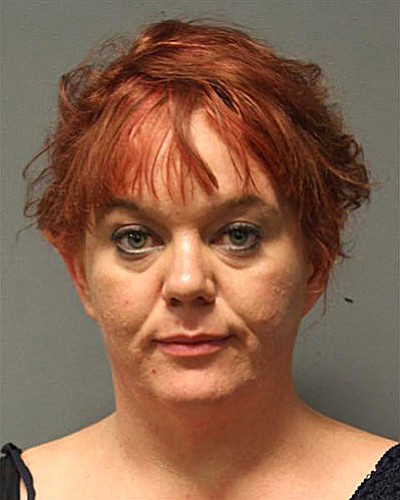 In June, the Yavapai County Sheriff's Office was busy trying to identify White, who was a second suspect involved in car burglary cases June 6 at Mormon Crossing in Cornville. She was seen in surveillance photos taken June 9 in the Sedona area. She was with 26-year-old suspect Meissa L. Lomeli, of Cottonwood, who is already in custody.

Multiple calls to Silent Witness led to the reveal of her identity. White had been arrested June 29 by Cottonwood Police for several drug-narcotics charges and was still in the Camp Verde Detention Center.

She was later interviewed and admitted involvement in the burglary and ID theft case along with Lomeli, who was identified and charged earlier.

One of the three car burglary victims called her credit card company and learned the thieves had already used her card twice at a Sedona convenience store. A deputy obtained surveillance photographs of the two suspects and distributed the pictures to area law enforcement.

One week later, a detective from Cottonwood Police contacted YCSO detectives and said one woman who appeared to match one of the suspects in the surveillance photos.

The YCSO detective contacted 26-year-old Meissa Lomeli of Cottonwood and immediately identified her as one of the suspects. A vehicle that Cottonwood Police seized in their case also matched the description of the vehicle at the Sedona convenience store - a dark colored SUV.

Lomeli denied participating in the burglaries but refused to discuss the case further after being shown the surveillance photos.

During additional follow-up, detectives found a receipt for a $1,100 bank check in Lomeli's vehicle and discovered the check was stolen and cashed using the victim's identity.

Lomeli was additionally charged with burglary, theft, theft of a credit card, fraudulent use of a credit card, and criminal impersonation and she remains held in the Camp Verde jail on a total bond of $12,500.