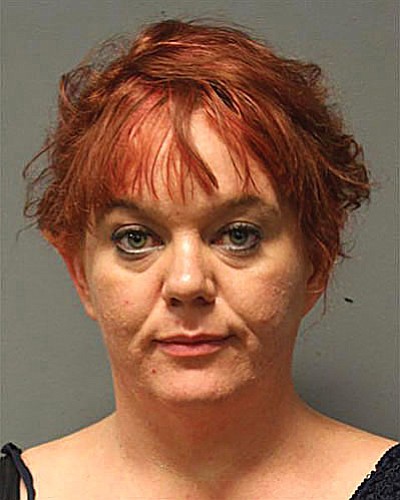 CAMP VERDE - Cory Lynn White, 35, of Cottonwood, made an appearance Monday before Judge Michael Bluff at Yavapai Superior Court in Camp Verde for a second case management conference and arraignment.

For the case involving charges of credit card theft, two counts of forgery, aggravated ID theft, and theft control, she pled not guilty in the arraignment.

For the case involving charges of drug possession for sale, and two counts of drug paraphernalia, there will be a third case management hearing scheduled.

The case has been assigned to another attorney. White is scheduled to appear Oct. 3 for both cases, which may result in a possible change of plea.

She was later interviewed and admitted involvement in the burglary and ID theft case, according to the Yavapai County Sheriff's Office.

The other suspect identified by YCSO in the June 6 car burglary case was Meissa Lynn Lomeli, 26, of Cottonwood.

June 13, Lomeli denied participating in the burglaries or being present and purchasing items at the Sedona gas station, according to YCSO. After seeing photos of herself, she refused to discuss the case further or identify White, according to YCSO. During additional follow-up, detectives found a receipt for a $1,100 bank check in Lomeli's vehicle and discovered the check was stolen and cashed using the victim's identity, according to YCSO.

The YCSO detective additionally charged Lomeli with burglary, theft, theft of a credit card, fraudulent use of a credit card, and criminal impersonation, according to YCSO. She was held in the Camp Verde jail at that time.

She is no longer in custody, and the charges of taking the identity of another, credit card theft, and computer tampering were dismissed by the county attorney.

"We took a closer look at the evidence, and we sent it back to the detective for further investigation," said Dennis McGrane, chief deputy at the Yavapai County Attorney's Office.