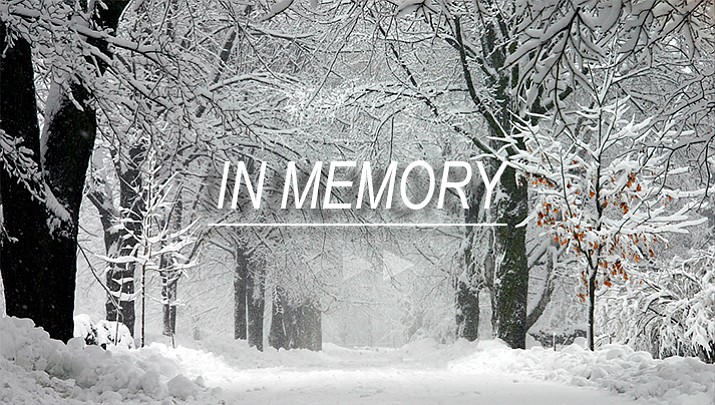 Before passing, he was visited by family and friends that shared their stories of the love and kindness he had extended to them in his 90 years of life. He died of complications of Myeloma.

Roy was born in Hot Springs Arkansas on June 16, 1926, but moved to Clarkdale with his family at age 3. He attended school in Clarkdale, where he played football on the Clarkdale High School Team.

In 1944, he joined the U.S. Navy where he was a gunner’s mate second class. After being discharged, he went to vocational school to learn his lifelong trade as an auto body repair man.

In 1951, he and Patricia Bandy were married in Prescott. They had two children, Mike Riley, born in 1952, and Karen Riley (Shaffer) born in 1955. Roy raised his family in Ontario, California. He retired in 1993, and moved to Victorville, California. When Patricia passed away in 2007, Roy returned to Arizona where he settled in Cottonwood.

Roy often mentioned how he loved his life in Cottonwood. He was an avid golfer, and played 2-3 times weekly. He also enjoyed water polo, decorating his home, and thrift store shopping with his best friend Helen Johnson. Helen introduced him to the joy of rock hunting, and Roy acquired a collection of rocks that he enjoyed displaying in his home.

Roy is proceeded in death by his parents, A. Roy Riley Sr. and Ruby Riley. His wife of 56 years, Patricia (Bandy) Riley, and brother, John Riley. Roy will greatly missed by his children, 4 grandchildren, 6 great grand-children, and 1 great-great-grandchild. Also, his sister Martha (Riley) Beltz, Brother-In-Law Bob Beltz, nieces Debbie Warren (Beltz) and Nancy Diangelo (Beltz). As well as the many, many friends he made in Cottonwood.

Roy was a man small in stature, but big in heart, kindness, generosity, and love. His family will miss his presence, but see and feel it in the love and life lesson he gave them.