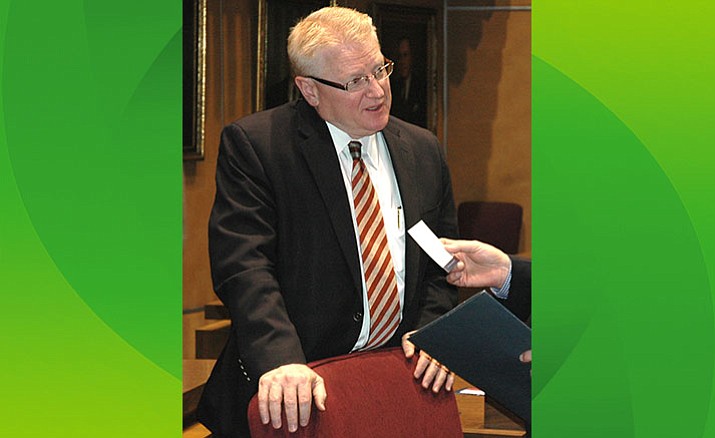 PHOENIX -- Financing the state's freeway needs could mean Arizona motorists will pay higher gasoline taxes, an entirely new sales tax on fuel on top of that and find it's even more expensive to register their vehicles.

And owners of all-electric cars likely would feel a hit, too.

At a meeting Wednesday, members of the Surface Transportation Funding Task Force agreed it will take $20 billion in new dollars to construct, widen and maintain the necessary freeways to meet the state's growing needs. That doesn't count another $40 billion that economist Alan Maguire, a member of the committee, said is needed for other road projects.

The panel will finalize its recommendations for raising that much later this month. That includes not just likely higher costs for motorists at the pump but figuring out the best way to ensure that the increasing number of Arizonans who are buying all-electric vehicle pay their fair share of road construction and maintenance.

One way to do that is by tracking motorists. But David Williams, vice president of Knight Transportation, said that's likely a non-starter with the public.

Once the committee finishes its work, it then will fall to Sen. Bob Worsley, R-Mesa, who chairs the Senate Transportation Committee, to sell the proposal -- and the likely tax hikes it will take -- to his colleagues. That leaves the question of whether there's the political will to tell constituents their taxes and fees are going up.

One hurdle is that it will take bipartisan cooperation, as any new tax or increase in an existing one requires a three-fourths vote of both the House and Senate. But Worsley told Capitol Media Services he's convinced there is enough interest in the issue on both sides of the aisle to get the necessary margin.

Central to the issue is that tax revenues have not kept pace with construction needs.

Yet the state Department of Transportation reports the number of vehicle miles traveled has gone up close to 55 percent in the same period.

It's not just that the gasoline tax has remained static at 18 cents a gallon since 1991, even as the price of fuel has gone up. There's also the fact that vehicles are more fuel efficient.

Several counties are levying sales taxes to fund their own new roads and regional freeways. But that does not solve the underlying statewide funding shortage.

At this point, Worsley said the likely package will include an absolute hike in the gas tax. Maguire figures a dime a gallon on top of that 18 cents would raise anywhere from $1.9 billion to $2.3 billion over two decades.

But Worsley said there also needs to be some method of accounting for inflation. That can be taken care of by adding a 5 percent sales tax onto fuel purchases to the 18-cent-a-gallon levy, generating up to $12.2 billion over 20 years.

It is based initially on the manufacturer's base price of the vehicle. So the owner of an $30,000 sedan, SUV or van pays $504 the first year.

But the vehicle's taxable value drops automatically by 16.25 percent each year. That makes the levy $435.67 the second year, $364.87 the third year and so on, even though the vehicle continues to use state roads.

On top of that, the state gives a VLT break. So a $30,000 alternate fuel vehicle pays a first-year VLT of $12, with a 15 percent reduction annually.

Worsley said that special rate has to go.

"It's an economic decision'' to purchase an alternative fuel vehicle, he said."We don't need to induce people to do it.''

But the real key, Worsley said, is fee to compensate for the lack of gas tax revenues.

One option is a "vehicle mileage tax.''

Williams said the trucking industry already uses technology to track vehicles through global positioning. But he said it's quite something else to impose that on owners of private vehicles.

"There are privacy issues,'' he said. "I think we underestimate the public feeling of being tracked.''

And there's something else: He said it's possible to cheat using a GPS jammer.

"So they could leave the house and drive for four hours and come back to the house, and nobody knows they ever left,'' Williams explained.

Worsley said the simplest thing would be to impose a surcharge of between $120 and $150 a year on registration fees. And he would be one of those affected, having bought an all-electric Tesla.

"And roughly I'm paying (the equivalent of) 60 cents a gallon by using electricity,'' he continued. "I shouldn't feel bad about having to pay my share of the gas tax because I'm saving a lot of money by not paying for gas.''