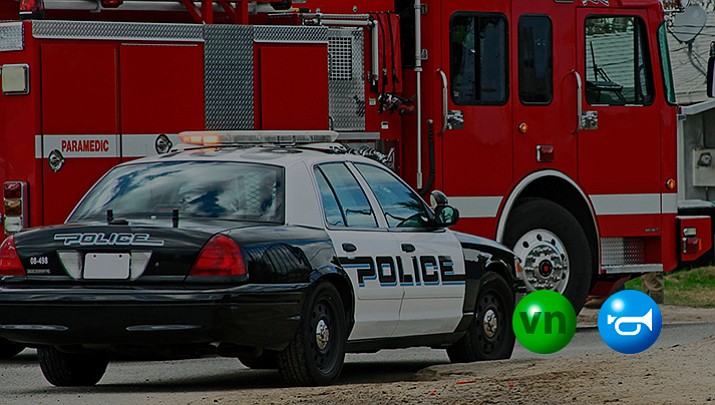 RIMROCK - Around 2:51 a.m. Monday, CCFMA emergency crews from Stations 81 and 82, along with Verde Valley fire units from Station 32, were dispatched to a residential fire in the 3000 block of Valley Vista Road in Rimrock.

According to a news release, crews arrived on scene to find a single-story mobile home with heavy smoke and fire coming from the east side of the structure.

Emergency crews quickly made access into the interior of the structure to encounter heavy smoke and flames, the release stated.

The fire was controlled in approximately 15 minutes, and both occupants that sustained minor injuries were treated and released on the scene, said CCFMA. Emergency crews remained on scene for approximately seven hours overhauling and salvaging items from the home, according to the release, and the cause of fire is still under investigation at this time. The home was a total loss.

Residents of the home were assisted by the Red Cross for temporary sheltering, stated the release.