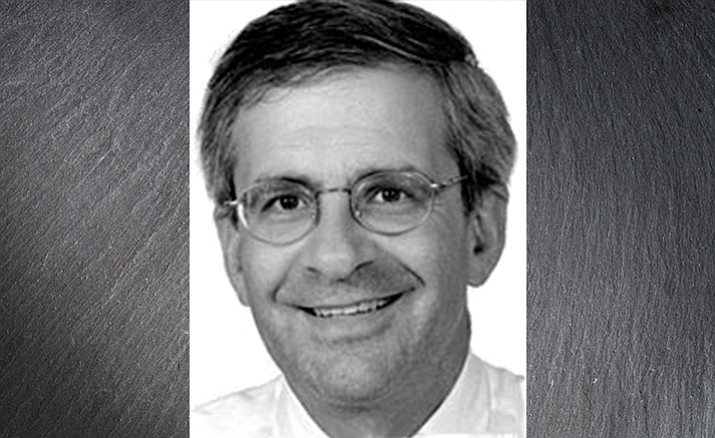 Franklin Roosevelt was a flexible president immobilized in a wheelchair. Dwight Eisenhower personified military precision but as president luxuriated in imprecise language. Lyndon Johnson commonly used a vulgar epithet to describe the black Americans he worked so hard to empower. Jimmy Carter spoke eloquently of human rights but lacked the human touch.

Still, America has seldom seen a president so full of contradictions as the one who takes office a month from now. Indeed, Donald J. Trump created an unusual combination of contradictions to propel him to victory. And while his campaign slogan may have spoken of making America great again, his political formula has clearly been much briefer:

All presidents are portraits in contradiction, and here are the principal contradictions in the politics of a president-elect whose mastery of American politics has astonished adversaries and allies alike.

Trump’s campaign resembled none in history so much as Theodore Roosevelt’s independent “Bull Moose” campaign of 1912, when he ran against the establishment GOP candidate (and his political protege) William Howard Taft. Woodrow Wilson won that election, so we were deprived of seeing how TR would have governed in a White House reprise, but there is no question that, as a former president, he ran as an outsider in his third national campaign.

Trump not only antagonized conservatives, he also alienated many moderate Republicans. And while many of his appointments, especially at the Justice Department and the Environmental Protection Administration, will please conservatives, many of them surely recoil at his notion of big-spending projects, such as modernizing the nation’s airports and fixing the country’s infrastructure.

Yet Trump may create a spending program -- he will not call it an economic stimulus, but it will have the same effect as one -- larger than any that Hillary Clinton would have dared contemplate. The Democrats are quietly hoping he might.

“The electorate that put Donald Trump in the White House today wants bold, not incremental change,” Democratic pollsters Stan Greenberg and Nancy Zdunkewicz wrote shortly after the election. “This is a country that still wants deep and long-term investments in America’s infrastructure and is ready to invest in our underserved communities. It wants to limit corporate power that reduces competition and innovation and reform trade, starting with a dramatic ability to prosecute and enforce trade laws.”

Speaking to a nation of hope in the language of despair

Commentators sometimes compare Trump with Ronald Reagan, for both came to politics from unconventional backgrounds and first appeared as grave threats to the established Republican order. But among the many differences between the 40th president and the 45th is that Reagan was sunny while Trump is dark.

There was a discernible smile on Reagan’s face on the cover of Time when he was named its Man of the Year just before his inauguration; Trump, appearing on the magazine’s cover this week for the same reason, is glowering. Yet both men have displayed an uncanny ability to judge the mood of the moment, and while Trump’s convention speech in Cleveland may have been jet black, it was perfect for the moment.

That’s because he spoke directly to blue-collar voters whose prospects were withering while those of the elites he pilloried were prospering. The median income of households headed by Americans without college degrees fell dramatically between 2001 and 2012 -- “an unprecedented development,” in the analysis of Robert J. Shapiro, who advised the Democratic presidential campaigns of Bill Clinton, Albert Gore Jr. and John F. Kerry, and who said that the result was “tens of millions of Americans losing income as they aged from their 30s to their 40s, or from their 40s to their 50s.”

Trump spoke often of the people Richard Nixon called “the great silent majority of my fellow Americans,” particularly regarding the Vietnam War. Nixon’s speech came on Nov. 3, 1969, almost exactly a year after his election. Trump’s appeal to this group -- actually, a group born a generation later -- came before his election and was a rallying cry for his campaign.

But in debates and on the campaign trail, Trump repeatedly said he would salt his administration with “the best people,” a distinctly elitist locution not unusual for presidential candidates. He was not blind to the irony. “What amazes a lot of people is that I’m sitting in an apartment the likes of which nobody’s ever seen,” he told the Time interviewers preparing the magazine’s Person of the Year issue. “And yet I represent the workers of the world.”

Lest we forget: Two of the greatest spokesmen for the poor and the striving were Democratic plutocrats with Harvard degrees, Franklin Roosevelt from the Hudson River gentry (who also had a degree from Columbia Law) and John F. Kennedy from the tony precincts of Brookline and Hyannisport.

Seeking an office of dignity while promoting a culture of insult

This quality of Trump does set him apart from all of his predecessors, the only exception perhaps being Andrew Jackson. The former general and Indian fighter assailed the stately and stodgy John Quincy Adams, who prevailed in the 1824 election because of what the Jackson forces called a “corrupt bargain.”

Trump now must forge his own presidential style. Will he continue to tweet at odd hours? How will he handle ceremonial aspects of the position? What will be his profile at moments of national triumph or grief -- or even at formal set-piece occasions such as Memorial Day?

Trump will not be the first president to confront this contradiction, which isn’t of his own making but instead is the making of the founders.

Gen. Eisenhower, full of the rhetoric of change, entered the White House after 16 years of Democratic rule. “Once in office,” the pioneer public pollster and political analyst Samuel Lubell predicted in 1952, “the Republicans will automatically endorse much of the New Deal, through the simple device of leaving things untouched.” He was right. But then again, Lubell, who died in 1987, never met someone like Trump. No political professional ever has.