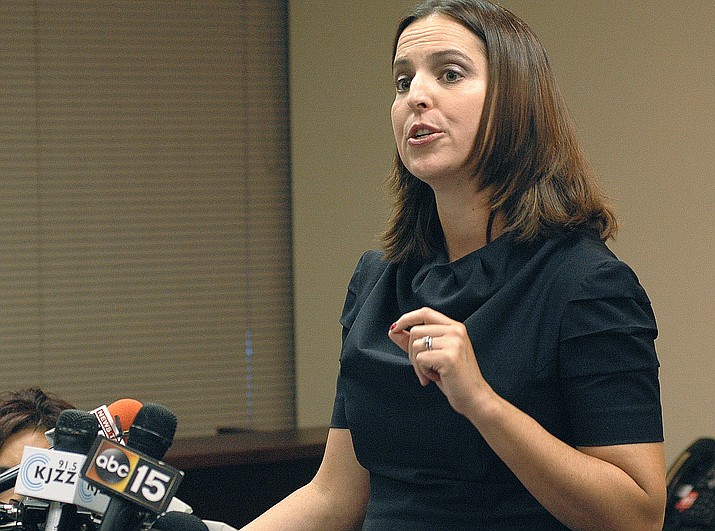 PHOENIX -- A federal judge has rebuffed efforts by the Ducey administration to put off until Donald Trump takes office a challenge to its policy of denying driver's licenses to some the Obama administration has said can remain here.

Judge David Campbell said he will hear arguments next month from immigrant rights advocates that the state is acting illegally in withholding the licenses. What the judge rules will determine if the case goes forward or gets thrown out.

Of note is that Campbell set the hearing for 10 a.m. Arizona time on Jan. 20. That's the exact hour that Trump is scheduled to be sworn in at the nation's capital.

It is that act which Ducey's lawyers are using in their bid to delay having to defend the state's policy of denying licenses to some in deferred action programs.

The case is a spinoff of the original lawsuit filed against the state after then-Gov. Jan Brewer directed the state Motor Vehicle Division not to issue licenses to those who were part of the Deferred Action for Childhood Arrivals program announced in 2012.

Attorneys for the state argued that DACA status is merely the decision by the Obama administration not to deport the "dreamers'' who came here as children and meet other qualifications. And they said that does not meet the requirement of a 1996 state law which says licenses are available only to those whose presence in the country is "authorized by federal law.''

A federal appeals court quashed the policy, ruling only the federal government can decide who is in this country legally. While that remains on appeal, the state has been issuing licenses to DACA recipients.

One issue in that lawsuit was that the state was not being fair, as it had been providing licenses for years to those in other deferred action programs. These include domestic violence victims, those with pending vista applications and those allowed to stay for humanitarian reasons.

So in its bid to justify denying licenses to "dreamers'' the state stopped issuing licenses to those in these other groups. And since they were not included in the original lawsuit because they had been getting licenses, they are not covered by the appellate court ruling.

So Karen Tumlin of the National Immigration Law Center sued on their behalf.

On Friday, attorneys for the Ducey administration asked Campbell to put the case on the back burner to wait and see what the Trump administration will decide about DACA.

At one point Trump had said he intended to deport everyone not here legally. But the president-elect more recently has softened his stance on DACA recipients.

"We're going to work something out that's going to make people happy and proud,'' he told Time magazine.

Douglas Northup, the governor's lead attorney, told Campbell it makes no sense to let the case go forward at this point.

"Upon taking office, President-elect Trump may entirely eliminate DACA by federal executive order in the same way that it was authorized,'' he wrote. He said the new administration could eliminate some of the deferred action programs "or develop an entirely new and different system of immigration classification.''

And Northup had a backup plea.

"At a minimum, the matter should be stayed until the expiration of President-elect Trump's first 100 days in office,'' he asked.

But Campbell sided with Tumlin who argued that it doesn't matter what Trump does about DACA.

"The underlying statutory authority for the executive to engage in prosecutorial discretion will remain in place,'' she argued. And Tumlin pointed out that the 9th U.S. Circuit Court of Appeals already has ruled that the state is in no position to decide by itself who is here legally separate from federal standards.

She conceded that Congress itself could change immigration laws. But she argued "there mere possibility that it might do so provides no grounds to delay the resolution of the live controversy before this court.''