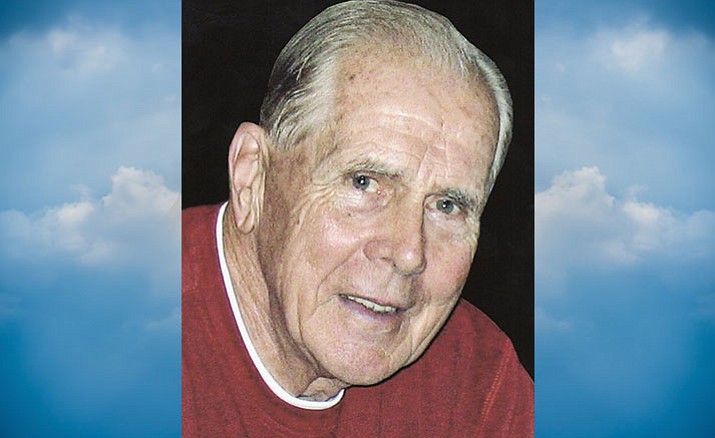 Terrell (Terry) Louis Ruhlman of Sedona, AZ, passed away on December 8, 2016, at Best of Europe Adult Care Home in Cottonwood, AZ. Terry was born on November 13, 1926, in Warren, PA, the son of Gertrude and Ross Ruhlman.

His military service included the Merchant Marines/Coast Guard during WWII, as well as the USAF in Korea.

Terry loved golf and played hundreds of rounds of golf with his community buddies, regaling them with his many colorful stories.

He is survived by his wife, Scotti; his daughters Robyn Retta (Louie Hernandez) and Heather Martin (Patrick), as well as his son, Mark Ruhlman (Denice); his stepdaughter Kristi Svendsen, and 6 grandchildren: Payne and Paige Ruhlman, Thaddeus and Matthias Martin and Patrick and Heather Dempsey. He was preceded in death by his first wife Phyllis and son Randy Ruhlman.

A memorial service will be held December 29, 2016, at 1 pm at the Westcott Funeral Home, 1013 Mingus Ave., Cottonwood, AZ. Donations can be made to Parkinson’s Disease Foundation in lieu of flowers.