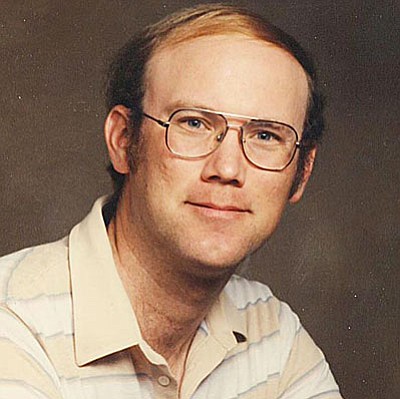 Ed trained as an Electronic Technician, where he served in Pearl Harbor, HI; Mare Island, CA; and Great Lakes, IL.  In addition assigned to the U.S.S.  Mount Baker ammunition ship, where he sailed the Mediterranean Sea, Indian Ocean and Persian Gulf.

Upon leaving the Navy, Ed resided in Phoenix where he acquired additional electronics training.  In 1992, Ed returned to Cottonwood and was employed for 24 years with Griffith Enterprises as a wiring harness assembler, creating parts found in various commercial, military and aerospace aircraft.

Above all, Ed enjoyed his extended family and loved to share the holidays with his nephews.

Services will be held on Saturday, February 13th at 2:00 pm at the Immaculate Conception Catholic Church at 700 N. Bill Gray Rd.  Reception to follow.

In lieu of flowers donations can be given to the church building fund.