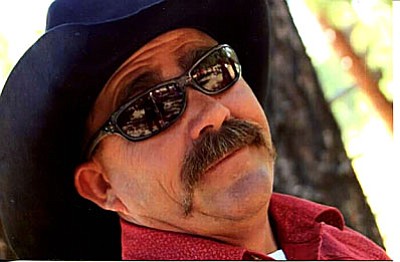 On January 31, 2016 this world lost most amazing husband, father, Papa, son, brother, brother-in-law, son-in-law, uncle and friend. Duwain will be missed by all that knew him.

Born December 21, 1965, and raised in Flagstaff, Arizona. Duwain accumulated an extremely long list of friends. If he knew you, you were his friend.

As founder of his own country club, he leaves behind so many members including wife and cofounder Lynette (Glaspie) Jones, daughter Courtney son Anthony (Kimberlee) Ramos, his pride and joy his grandbabies Kaylee and Charlee, his father and mother Billy and Marie Jones, brothers Randy Jones, Mike (Ranae) Jones, sisters Renee (Scott) Jones and Shelly Jones, as well as numerous other family members and friends.

A celebration of his life will be held 10 am, Saturday, February 6, 2016 at Trinity Heights United Methodist Church.

Memories and condolences may be sent to his family directly or online to www.norvelowensmortuary.com.