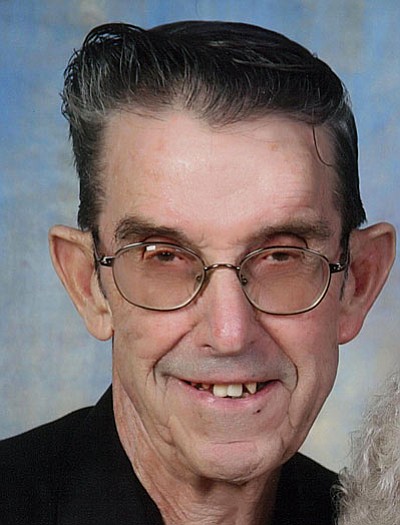 Charles H. Stewart (Herbie) of Cottonwood, passed away February 4, 2016 of complications of pneumonia.

He grew up in Clarkdale, AZ and graduated from Mingus High School in 1953. He served two years in the military in California, after high school.

He became a core driller for the Broyles Brothers, working in various locations around Arizona.

He and his family settled in the Prescott area where he worked for the Prescott School District for 13 years driving school bus and doing maintenance.

He then ran his own janitorial business until he retired in the early '90s.

He had two daughters and four sons with his ex-wife Adeline, and a step-daughter and step-son with his current wife Jan.

He had a great sense of humor, enjoyed watching sports and liked helping others. He was a volunteer with the meals on wheels program for many years.

After retirement, he enjoyed meeting new people while traveling in his RV and participating in horse shoe tournaments around the state.