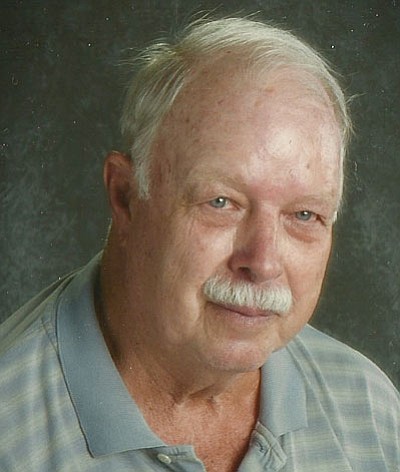 Gene McIntyre died peacefully on Monday, February 22nd in Camp Verde at the age of 83.

Gene is survived by his wife, Sandra, of Camp Verde, his daughters Deborah Wilkie, Sarah Hodnett, and Gena Martinez, his sister Colleen Chase, his brother Gerry McIntyre, and his grandchildren, Heather Wilkie and Steven Paul Wilkie.

He is preceded in death by his sons, Ernest Paul and Kenneth Gene, and his sister Patricia Meisinger.

Gene was born on May 11, 1932 in Columbus, Nebraska, to Ernest and Olga McIntyre. He married Sandra in 1978. After moving to Camp Verde, he began working for Camp Verde Sanitary District.

He served in the US Air Force, in a group called the Kyushu Gypsies, during the Korean conflict.

A memorial service is scheduled for 2:00pm Tuesday, March 1st, at Faith Lutheran Church, Cottonwood, with a reception to follow.

Reverend Karl Schloeman and Gary Melvin will officiate the ceremony. All are welcome to attend and celebrate Gene's life.

In lieu of flowers, the family requests donations made to Faith Lutheran Church in Cottonwood.