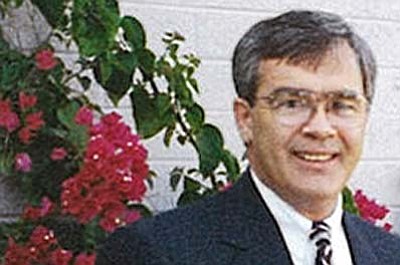 Thomas 'Tom' Krolczyk, age 69 passed away on December 12, 2015 after a long battle with heart disease.

Born on October 31, 1946 in Chicago, Ill., the 2nd of 6 children, to Leonard 'Len' Krolczyk and Elizabeth Lis fondly known as 'Elsie'. The family moved to Minocqua, Wisconsin where Tom became a Champion State Water Skier and earned a Basketball Scholarship to the University of Wisconsin. He enlisted in the Army for 2 years where he became a Master Sargent, flying a rescue helicopter to pick up the wounded in Vietnam, returning home to graduate from the University of Wisconsin. Tom spent most of his working life as a Finance Manager and a sports enthusiast with love for basketball, golf and last but not least---football. The Green Bay Packers never had a more loyal fan! Survived by his wife of 17 years Jan Herring Krolczyk of Scottsdale, Az., Kari Watt and her 2 sons Adam and Jared of Green Bay Wisconsin, son Chad, his wife Candy and their 2 children Aeris and Annabell Krolczyk in Phoenix, Az., son Cory Krolczyk of Mesa, Az., 1 Great Grandchild and many nieces and nephews. To the man that never met a stranger, loved and adored his children and a kind friend to many--- you will be forever missed. Go Pack Go!