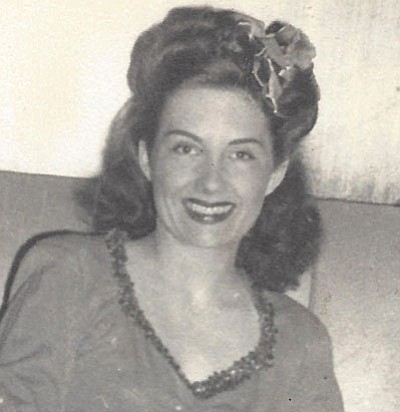 Harty was a cheerleader in high school. She lived in Washington DC in the 1940s, working for the Washington Times Herald newspaper & hosting at Delmonico's, where she became acquainted with Dean Martin, Sammy Davis Jr. & Frank Sinatra.

She was also a print model for hats and shoes.

In 1953, they moved to Cottonwood & purchased & operated, for 27 years, the Verde Valley/Sedona Holsum Bread Agency.

They raised 5 children, including their nephew, Jack Boast.

She was a Girl Scout Leader & supported 4-H.

She later married Richard Cotton. Harty had great energy & forged ahead in the face of any adversity.

She always found a way, opening her heart & home to those in need.

She nurtured wonderful friendships with many unique, pioneering and progressive thinkers.

Harty instilled her impeccable sense of fashion, style and good manners in her family.

She was beautiful & strong and lived with great integrity.

She brought love & many treasured memories to the lives of those she touched.

For the last 9 years, Harty resided in Washington state where she passed away peacefully on December 18, 2015.

Harty Walters Cotton was dearly loved & will be deeply missed.

She was preceded in death by her brother Boyce & her granddaughter Alexcis.